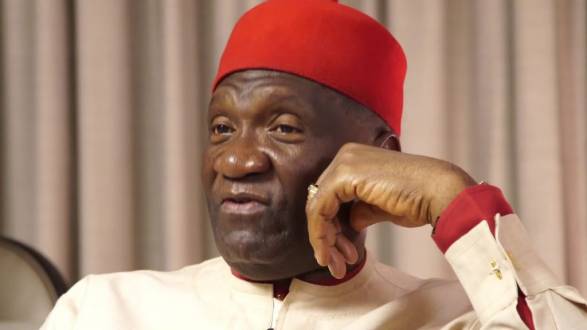 The Ohanaeze Youth Council Worldwide Thursday declared that it had begun consultation with other geopolitical zones in the country with a view to producing a president of Igbo extraction in 2023.

The Igbo youth group also declared that agitations by the Indigenous People of Biafra (IPOB) and other pro-Biafra agitators in recent times would end should a Nigerian of Igbo extraction become president immediately after President Muhammadu Buhari.

The President-General of the group, Okechukwu Isiguzoro, stated this during an interactive session with journalists in Abakaliki, Ebonyi State.

Isiguzoro called on political leaders from other zones of the country to disregard the recent activities of the IPOB, saying that “actualisation of the Igbo presidency in 2023 would mark the extinction of IPOB.”

He said: “The Ohanaeze Ndigbo Youth Council Worldwide, has already commenced consultation with Arewa Consultative Forum, Northern Elders Forum, and Coalition of Northern Groups, with the intention to seal the bond that has been existing between them as old allies since 1960.

“We are satisfied with the leadership of the South-East Governors’ Forum headed by David Nweze Umahi of Ebonyi State. He is a detribalized Nigerian who believes in one Nigeria.

“Ohanaeze Ndigbo Youth Council Worldwide observed there are fears in some quarters, especially from prominent Northern groups and leaders over the recent antecedents of IPOB towards destroying the trust and endangering the prospect of a Nigerian president of Igbo stock in 2023.

“With the realisation of Igbo presidency in 2023, Igbo will be happier in Nigeria, and activities of IPOB will fizzle out like a vapour.

“IPOB activities will end, with the realisation of a Nigerian president of Igbo stock. With insinuation that IPOB activities are working against Igbo presidential materials and potentials from the South-East, Nigerians might opt for full compensation for the marginalised region by voting en mass for an Igbo man to emerge as president in 2023.”