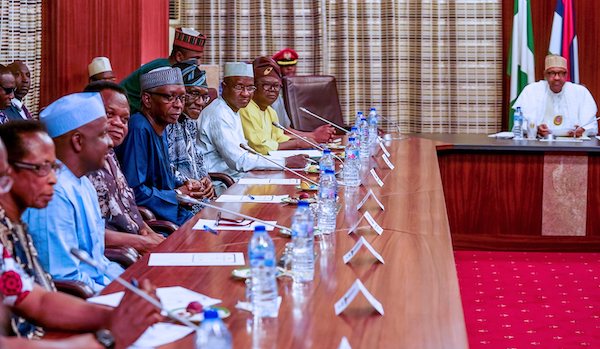 The Academic Staff Union of Universities (ASUU) on Thursday met with President Muhammadu Buhari at the Presidential Villa, Abuja.

The meeting was at the instance of the university lecturers who have been resisting enrolling on the IPPIS.

The body, it was gathered used the opportunity to asked President Buhari to allow its members adopt a University Transparency and Accountability Solution instead of the government’s preferred IPPIS.

ASUU has repeatedly rejected the IPPIS, saying it is a fraud and threat to national security.

The union also threatened to embark on a nationwide strike if the federal government stopped the payment of salaries of its members who refused to enroll on the platform.

Buhari had ordered the Minister of Finance, Budget and National Planning to stop the payment of salaries of Federal Government workers, including members of ASUU, who failed to enroll on the IPPIS platform by October 31, 2019.

12 killed, one injured in Plateau State