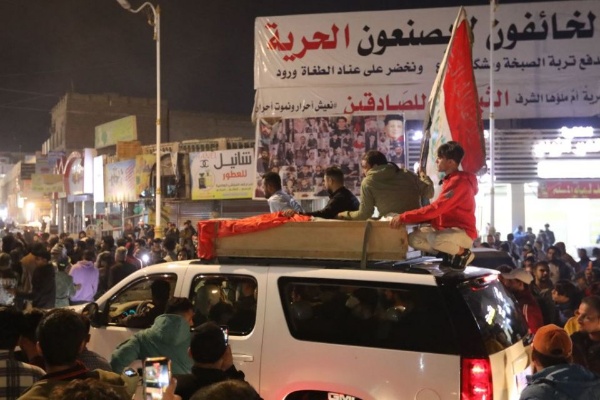 Iran has executed a protester who was found guilty of stabbing a security guard and closing down a thoroughfare in the nation’s capital, Tehran.

One of the largest threats to the Islamic Republic since its founding in 1979 was posed by the nationwide demonstrations that broke out following the killing of Mahsa Amini, a 22-year-old Iranian Kurd.

Mohsen Shekari was the person who was put to death, according to the Tasnim news agency, which provided no other information.

Authorities have been cracking down on the protests.

On Monday, the Revolutionary Guards praised the judiciary for its tough stand and encouraged it to swiftly and decisively issue judgements for defendants accused of “crimes against the security of the nation and Islam”.

Judiciary spokesman Masoud Setayeshi announced on Tuesday five people indicted in the killing of a Basij militia member, Rouhollah Ajamian, were sentenced to death in a verdict that they can appeal.

Amnesty International has said the Iranian authorities are seeking the death penalty for at least 21 people in what it called “sham trials designed to intimidate those participating in the popular uprising that has rocked Iran”.

“The Iranian authorities must immediately quash all death sentences, refrain from seeking the imposition of the death penalty and drop all charges against those arrested in connection with their peaceful participation in protests,” it said.