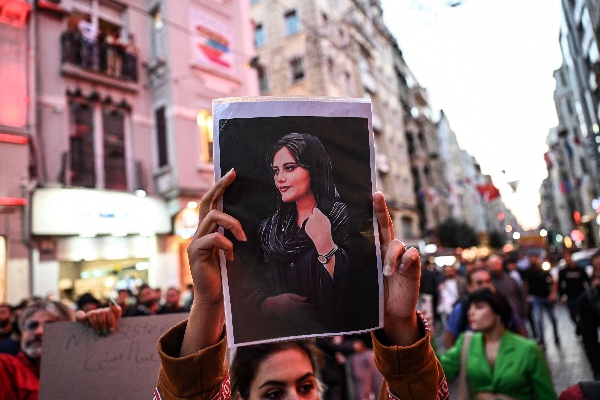 The Revolutionary Guards of Iran have urged the judiciary of the Islamic Republic to bring charges against “those who propagate false news and rumours” regarding a young woman whose death in police custody has sparked widespread demonstrations.

Earlier on Thursday, as public indignation over the tragedy showed no signs of abating and there were reports of attacks on security forces, protesters set fire to police stations and vehicles in Tehran and other Iranian towns.

After being detained in Tehran for “unsuitable dress,” 22-year-old Mahsa Amini passed away last week. When she was in jail, she had a coma. The police have declared that they will look into what caused her death.

The Guards sent their condolences to Amini’s family and friends in a statement.

“We have requested the judiciary to identify those who spread false news and rumours on social media as well as on the street and who endanger the psychological safety of society and to deal with them decisively,” the Guards, who have cracked down on protests in the past, said in a Reuters report.

“The will of the Iranian people is this: do not spare the criminals,” said an editorial in the influential hardline Kayhan newspaper.

The Islamic Republic has not seen protests this large since 2019 because of Amini’s passing. Police have used force to disperse demonstrators after the majority of them became centred in Iran’s Kurdish-populated northwest but have now extended to the nation’s capital and at least 50 other cities and villages.

Amini’s passing has rekindled resentment about issues such as personal freedom constraints in Iran, especially rigid clothing standards for women, and a faltering economy as a result of sanctions.

Iran’s clerical leaders worry that the bloodiest protests in the history of the Islamic Republic may erupt again in 2019 over increases in gasoline prices. 1,500 deaths were reported by Reuters.

Related Topics:Iran protests
Up Next