Home » International » Iran warns US, Saudi Arabia of “all out war” over controversy around attack on 2 oil facilities 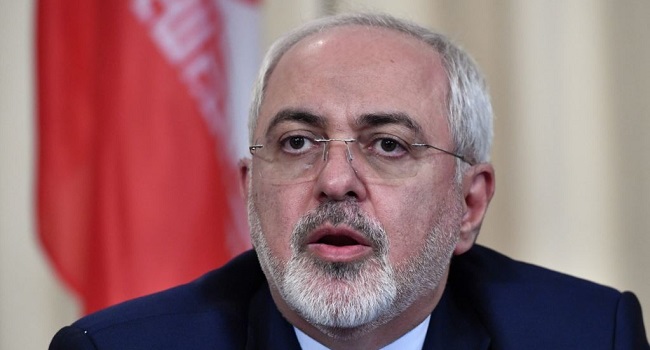 Pariah Asian country, Iran has warned the United States of America and Saudi Arabia that any attack on Tehran over its alleged attack on two oil facilities will result in an “all-out war.

The warning by Iran was issued on Thursday by its Foreign Minister Mohammad Javad Zarif who said Tehran won’t blink’ to defend itself but doesn’t want war after oil attacks.

“We don’t want war, we don’t want to engage in a military confrontation,” Zarif told CNN on Thursday, noting it would lead to “a lot of casualties”.

“But we won’t blink to defend our territory,” he added.

When asked about the consequence of “an American or Saudi military strike on Iran”, Zarif responded: “An all-out war.”

The comments by Zarif comes a day after Saudi Defence Ministry declared that the drone strikes on two of its oil facilities in the Abqaiq and Khurais areas of the country were “unquestionably sponsored” by Iran.

The kingdom was still investigating where exactly the drone attacks were launched from insisting there was no way the attacks could have been launched from Yemen, as claimed by the Iran-aligned Houthi rebels.