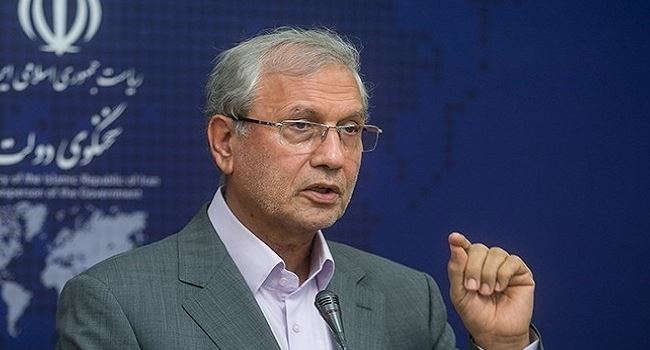 The government of Iran has warned the United States of America against making what it termed a “strategic mistake” after President Donald Trump threatened Tehran over reports it planned to avenge the killing of top general Qassem Soleimani.

The warning was issued during a televised news conference on Tuesday by Iran’s government spokesman Ali Rabiei who said; “We hope that they do not make a new strategic mistake and certainly in the case of any strategic mistake, they will witness Iran’s decisive response.”

The President of the United States of America, Donald Trump had vowed a response that will be “1,000 times greater in magnitude,” to any attack by Iran on its citizens in South Africa.

His threat came after reports emerged that Iran was plotting to kill the US ambassador to South Africa, Lana Marks.

“Any attack by Iran, in any form, against the United States will be met with an attack on Iran that will be 1,000 times greater in magnitude!” Mr Trump tweeted on Monday.

The US president added; “According to press reports, Iran may be planning an assassination, or other attack, against the United States in retaliation for the killing of terrorist leader Soleimani, which was carried out for his planning a future attack, murdering U.S. Troops, and the death & suffering…

“…caused over so many years. Any attack by Iran, in any form, against the United States will be met with an attack on Iran that will be 1,000 times greater in magnitude!

Further reports revealed that Iran was planning to assassinate the US ambassador, a long-time friend of President Trump, in retaliation for the assassination of General Qasem Soleimani in January.