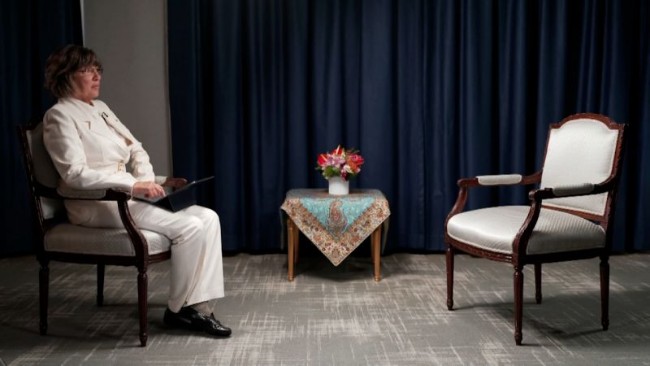 Christiane Amanpour was scheduled to speak with Iran’s president in New York when Iranian officials intervened with a last-minute request: the CNN host must don a head covering in observance of Iranian tradition and an Islamic religious ceremony.

The interview was cancelled after she allegedly declined, according to Amanpour, which highlighted the sensitivities surrounding women’s rights in Iran.

“I refused to fold or cave to enable [the Iranians] to impose the laws of their land on our land,” Amanpour told The Washington Post on Thursday. She added, “I stood up for myself as a journalist.”

An inquiry for comment was not immediately answered by Iranian officials.

The event happened as protests for Mahsa Amini, a 22-year-old woman who passed away last week while in police detention, are ongoing around Iran. Iran’s “morality police” detained Amini in Tehran for wearing inappropriate clothing in public. Iranian authorities’ assertions that she passed away from heart failure have been refuted by her family.

Hijabs and other similar head coverings have been burned during protests, and women have openly chopped off their hair in defiance of the government.

According to the human rights organisation, Amnesty International, security forces trying to put an end to the protests have killed at least eight individuals.

In interviews and on Twitter, Amanpour claimed that she was about to begin an interview with Raisi at the UN on Wednesday when she was ordered to cover her hair by staff members. Raisi was in town for a meeting of the UN general assembly. They noted the approaching of Muharram, a period of collective sorrow observed mostly by Shiite Muslims.

Raisi apparently did not want to be seen being interviewed by a woman who was not covered up at a time when head-covering protests are raging in Iran, according to Amanpour. She claimed that she had informed Iranian authorities in advance of her intention to inquire about the protests.

It’s not the first time a journalist has struggled with clothing choices when covering Iran or other Islamic nations where women must cover-up. Senator Ted Cruz, a Republican, incorrectly criticised CNN’s Clarissa Ward for covering events in Kabul while donning a “mandatory burka.” Ward did, in fact, cover his head in black.

In a statement, CNN said it “fully supported the decision of Christiane and her team to politely decline the interview with President Raisi.”

And so we walked away. The interview didn’t happen. As protests continue in Iran and people are being killed, it would have been an important moment to speak with President Raisi. 7/7 pic.twitter.com/kMFyQY99Zh

Related Topics:Iran President
Up Next

US citizen imprisoned for conniving with Nigerian to steal $6.7m from 12,000 tax payers