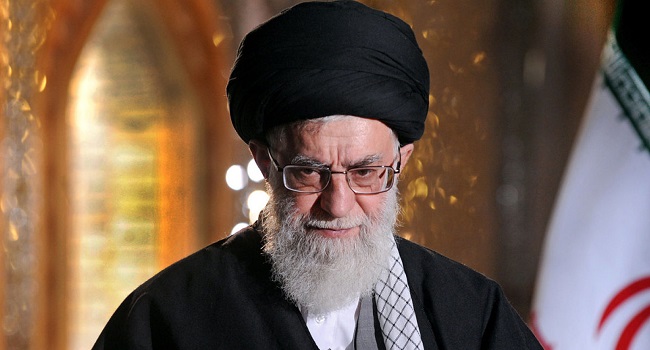 Iran’s supreme leader, Ayatollah Ali Khamenei, has stated that cartoons of the prophet Mohammed that were republished by a French satirical magazine last week were “unforgivable”.

Khamenei who made the statement on Tuesday condemned the republishing of cartoons of the prophet Mohammed in a French satirical magazine Charlie Hebdo.

“The grave and unforgivable sin committed by a French weekly in insulting the luminous and holy personality of (the) Prophet revealed, once more, the hostility and malicious grudge harboured by political and cultural organisations in the West against Islam and the Muslim community,” Khamenei said in an English-language statement.

“The excuse of ‘freedom of expression’ made by some French politicians in order not to condemn this grave crime of insulting the Holy Prophet of Islam is completely unacceptable, wrong, and demagogic.”

Charlie Hebdo had republished the same cartoons about the Great Prophet and Islam that prompted a deadly attack on the magazine in 2015.

However, during a visit to Beirut last week, French President Emmanuel Macron said Charlie Hebdo had broken no law in republishing the cartoons to mark the September 2 opening of the trial into a deadly 2015 attack on its offices by Islamist extremists.

“There is… in France a freedom to blaspheme that is linked to freedom of conscience,” Macron said.

Related Topics:IranKhameneiProphet Mohammed
Up Next

SAMKLEF TO MUSICIANS: There’s a lot of ‘juju’ in the industry, be careful!