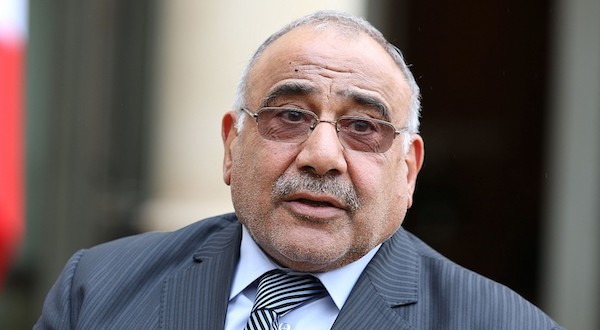 The Iraqi government on Wednesday confirmed that the Islamic Republic of Iran informed it of plans to carry out an overnight attack on US troops in the country.

“We got an official verbal message from the Islamic Republic of Iran that the Iranian response to the assassination of martyr Qassem Soleimani has started or will start shortly after and that the strike will be limited to sites where the US Army is in Iraq without specifying the sites,” a military spokesman for Iraq’s caretaker Prime Minister Abdel-Mahdi said on Wednesday.

The Iraqi Prime Minister, Abdel-Mahdi, who is also Iraq’s general army commander, has been holding talks aimed at de-escalation and avoiding an “open war” that would “primarily” harm Iraq and the region, the military spokesman said in a statement, according to Iraq’s state news agency, INA.

“We call on everyone to exercise self-restraint, give precedence to the language of logic, abide by international charters and respect the state of Iraq,” he added.

It would be recalled that Iran had fired ground to ground missiles at US military bases in Iraq. It also claimed about 80 US troops were killed in the missiles attack. No confirmation has however been made on the level of casualties by US authorities.

Though Washington has not been forthcoming in response to the attack, President Trump tweeted that all was well and said that casualties and damage were being assessed.

The attack came after the Iranian Foreign Minister promised that his country would respond to the killing of Qassem Soleimani ‘proportionately’.