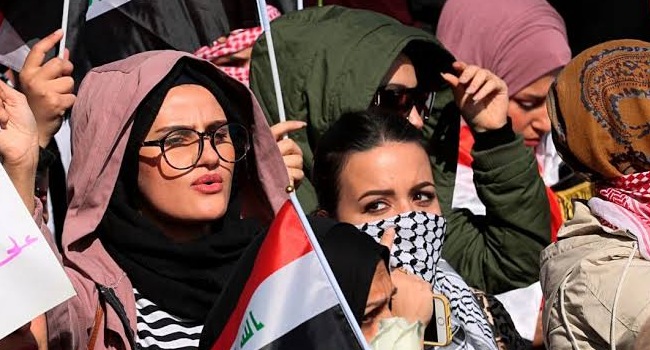 An Iraqi-Kurdish man has been arrested for killing his 15-year-old daughter in an ‘Honour Killing’ on Friday in Soran district in Erbil, Iraqi Kurdistan, police officials said.

The man “used a Kalashnikov rifle to shoot six bullets into his 15-year-old daughter’s body in Soran,” according to the spokesperson of the district’s directorate of combating violence against women.

“The reason for killing his daughter was that she went out with two people he did not approve of,” the spokesperson said, adding that the police have launched an investigation into the murder.

“The father has been arrested and two other suspects turned themselves in to police in connection with the killing,” the police said.

In Iraqi Kurdistan, gender-based violence, including sexual violence, domestic violence, honor killings, child marriages, and female genital mutilation (FGM) is common and endemic, despite the Kurdish administration, which called itself a Kurdistan Regional Government KRG, promises over the past decades to address the issue. Kurdish women often commit suicide to escape domestic violence or forced marriages, a gender based group in the country wrote on its website.

“On February 20, a man set fire to his 21-year-old wife in Sulaimani city after betting her and pouring kerosene oil on her due to a domestic dispute.

“On February 17, Maryam Yacoob, 40, was shot dead by her husband in Sulaimani, apparently after she asked for a divorce and on February 9, a 26-year-old Kurdish woman was shot dead by 10 bullets in the town of Koya in Erbil governorate by an unknown assailant.

“And on January 31, a young Kurdish transgender woman, Doski Azad, was killed by her brother in Duhok governorate,” the group recalled.