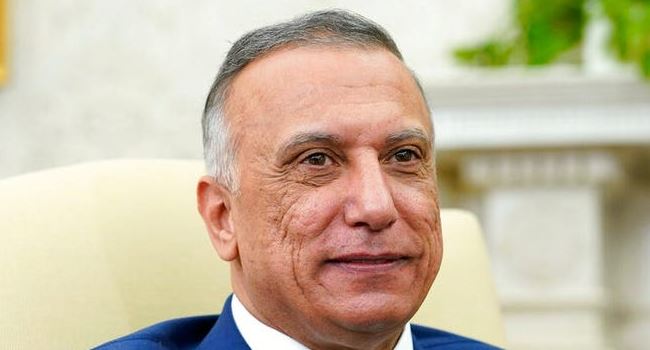 The Prime Minister of Iraq, Mustafa al-Kadhimi, has survived an assassination attempt early on Sunday when his residence in Baghdad was hit in a drone attack, the country’s officials said in a statement.

The statement added that al-Kadhimi was unharmed in the strike and is believed to be in good health.

The Iraqi military has described the strike as an “assassination attempt” and, in an official statement released moments later, said the security forces are taking all necessary measures in connection with this “failed attempt”.

The Iraqi government statement, released by the state-run media moments after news of the drone strike broke, confirmed that the failed assassination attempt was with “an explosives-laden drone that tried to target Prime Minister Mustafa al-Kadhimi’s residence in the Green Zone.”

Two Iraqi officials who spoke on the condition of anonymity, said that seven of al-Kadhimi’s guards were injured in the attack which took place in the Green Zone, a heavily fortified region in Baghdad.

It is not immediately clear who is behind the attack on the residence, nor has any group claimed responsibility yet.

The drone strike, however, comes amid a stand-off between security forces and heavily armed Shia militias aligned with Iran.

In recent weeks, the pro-Iran groups have staged demonstrations near the Green Zone, protesting against the results of a general election last month which dealt a blow to their parliamentary power.

One of these protests on Friday had even turned deadly when the demonstrators, having already rejected the results of the elections in which they were the biggest losers, marched toward the Green Zone and exchanged fire with security forces posted there.

One of the protesters died in the resulting crossfire with dozens of security forces also injured.

Following the clashes, al-Kadhimi had ordered an investigation to determine which side initiated the conflict and who violated orders not to open fire.