Is the Nigerian Economy Ready to Diversify? | Ripples Nigeria 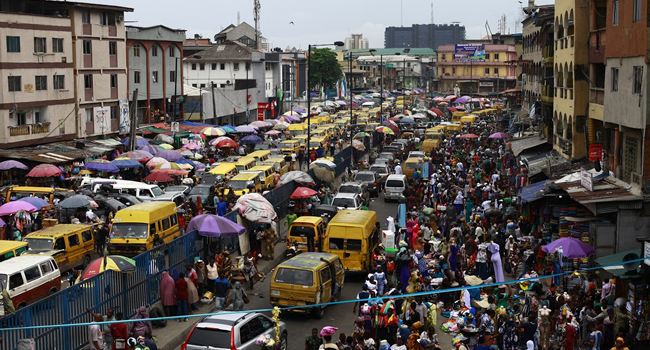 While no country has escaped the ravages of the recent economic crisis, the impact has been keenly felt in Nigeria. GDP has dropped by more than 6% over the past year, representing one of the worst drops on the continent and triggering Nigeria’s worst recession in more than four decades. Pundits have attributed many factors to the particularly harsh economic impact felt by Nigeria.

A lack of remote working positions, an increasingly globalized economy, and, perhaps most importantly, an economy that is dominated by a few vulnerable sectors such as crude oil and agriculture all explain some of the damage that has been wrought on Nigerian GDP.

As a result, policymakers have begun to consider economic diversification to an extent that we have not seen before. Key to the N23 trillion Nigerian Economic Sustainability Plan is funding to aid diversification, and facilitate a transition to a more sustainable and services-led economy.

Nigeria has long been plagued by an over-dependence on natural resources, but it is in an increasingly good position to finally diversify. Let’s take a look at some of the most promising sectors that could help fuel recovery in the years ahead.

Finance
The Nigerian finance sector has experienced explosive growth in recent years, thanks to an unprecedented rise in micro-financing and a number of lucrative funding rounds for promising Nigerian FinTech startups. The Nigerian finance sector was the fastest-growing in 2020 by far, growing more than 24% in Q1 alone, despite the economic turmoil. Nigeria’s FinTech industry is the largest in Africa by virtually every measure, with global players such as PayStack, InterSwitch, and NaijaFund attracting tens of millions of dollars in funding from Silicon Valley and Wall Street.

Digital real-money gaming is one of the fastest-growing sectors in the entertainment industry, with online sports betting alone worth more than $50 billion a year worldwide. Nigeria is well-positioned to take advantage of this high-growth industry. As this guide to Nigerian sports betting explains, the huge levels of smartphone penetration and large numbers of existing online sportsbooks across Nigeria have all contributed to a thriving betting industry. Furthermore, as interest in Nigerian sports teams, leagues, and players across the world continues to grow in the years ahead, the Nigerian sports betting industry could have the potential to become an economic juggernaut.

Green Energy
The Nigerian government has prioritised green energy as a major pillar of economic recovery. They have good reason to do so: Nigeria’s solar production industry is the largest in Africa, while green energy startups such as M-Kopa Solar, iCoal, and Freedom Won Electric Vehicles have made headlines and attracted funding from across the globe. While a significant amount of state subsidies still go towards Nigeria’s mammoth fossil fuels industry, the government has pledged to reverse this. As oil prices continue to fall and the demand for solar tech continues to soar around the world, expect the Nigerian renewables sector to become increasingly important to the overall economy.

Education
Finally, there is no denying the increasing importance of Nigeria’s booming education industry. In order to meet the burgeoning education needs of Nigeria’s young population, especially in areas in the north of the country where there have been historic shortages of teachers and schools, the government has opened the door to international investors and private capital. As a result, the Nigerian education sector has boomed in recent years, with high-quality ed-tech startups, private schools, and vocational schools popping up in unprecedented numbers. It is clear that Nigeria has the potential to be a major player in the multi-trillion-dollar global education market.
Few people would disagree with the notion that Nigeria needs to diversify its economy. How it will do this remains to be seen, but these sectors will almost certainly play a major role in the years ahead.