Home » Business » Is Uber Boat another GokodaGboat in the transport business? 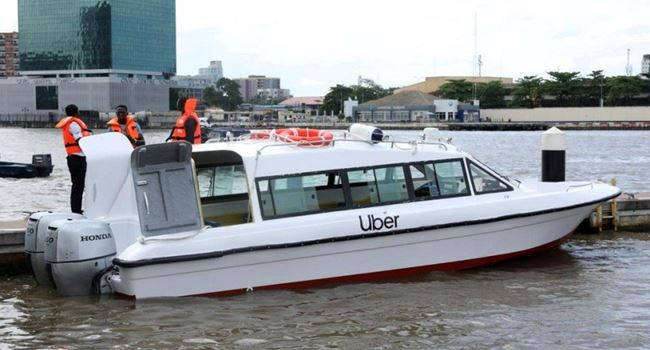 The Lagos transportation system has evolved from the traditional yellow taxis (though still exist) to the now modernised or luxury cabs and motorcycle hailing business.

These new digitalised taxis and Okada services have also come with their different modes of operation – with Uber having to compete with Bolt (formerly Taxify), InDriver and a few unknown entities.

This competition, in turn, has led to several ideas and innovations.

The players at the motorcycle hailing business are not left out in the ongoing efforts to seize the market with the new entrant and China-owned Opera motorcycle-hailing service, Oride disrupting the space with its own payment platform, Opay, and poaching of talents from its rivals in the business – Gokada, Max Okada, and Jumia Food.

The most recent was Friday’s launch of a boat service by Uber, away from its traditional ride-hailing services. Uber Boat is not the first ride-hailing platform to venture into water territory. Motorcycle hailing platform, Gokada had ventured into the water transport system but has since closed shop.

Gokada had started its Gboat services in collaboration with the Lagos State Government but had to shut down with plans to resume later. There are strong speculations that stiff competition from Oride has made it an uneasy comeback for Gokoda.

Read also: BUSINESS REVIEW: Here’s why Nigeria’s 2020 budget is not only pitiable but a disaster in waiting

Uber Boat currently serves the Falomo (Ikoyi) to Ikorodu axis. However, its future is still unclear as Lagos State is known for the influence of traditional rulers and touts especially in the transportation business. It might not be long before the government comes up with a policy or legislation that may stifle its existence.

Uber Technologies Inc’s Q2 2019 unaudited report shows that Uber Eats, an online food ordering and delivery platform, raked in the most revenue as always for the company. Uber’s gross earnings have always been dominated by earnings from Uber Eats and the margin between Uber Eats and other core platforms of Uber has been increasing since Q2 2017. The question begging for answer is: Can Uber sustain its new business venture, Uber Boat?