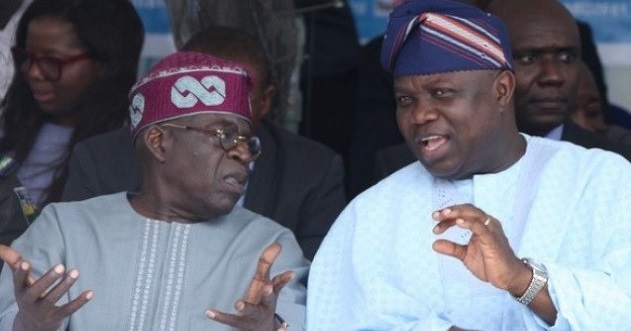 It was my discreet friend, a former top official of one of the most strategic parastatals in Lagos, that forwarded a post to me. The powers that be had chosen a new person, former aide to the former Deputy Governor of Lagos State, Femi Pedro. The post concluded by saying that all Chairmen of Local Governments and LCDAs had endorsed this new person. I was shocked and sad but did not believe the news and immediately reached out to Niyi.

Niyi is a Chairman of one of the Local Governments and I was sure he would have authentic news. As far as he was concerned he hadn’t signed any form for any new comer and the only form he had signed was for Ambode. But from his body language, I could sense a sense of foreboding. Niyi was not his usual confidence self and I sensed the game was indeed over.

As the day wore on, news started trickling in and a video emerged. The mandate group had indeed nominated this person with an intimidating profile to replace Ambode. The leaders of this group who seem to be content in the shadows gleefully announced their candidate thereby attempting to seal the fate of the incumbent.

The excitement of the day hadn’t died down when PDP quickly threw in their own. Th y had offered their platform to diesel king, Otedola, and he was said to have most likely accepted, thereby throwing more intrigues into the fire.

Is he attempting to rewrite history. We saw his father sleepily emerge as a beneficiary of the battle for attrition between major players from the leftists leaning party that controlled Lagos. Has he seen clearly that with this scenario, the APC would fight themselves into a standstill thereby dropping the mandate for him to casually, like his father, pick and move on.

Otedola is story for another day. Today, it is Ambode and his estranged godfather. Once again, the godfather has shown that he never sleeps. He would move and dance around the chess board like the famed Mohammed Ali while stinging and moving along leaving in his wake fallen victims. The question at this point is if the godfather had danced just too much at this time.

At face value, what we are seeing is a castrated Executive Governor, tied down and awaiting to be slaughtered. We have also heard that the Governor has been threatened with impeachment if he does not drop his second term ambition.

I will not even attempt to analyse how things got to this point, not only because I really do not have all the facts but simply because I could not care less. My interest at this point is Ambode’s reaction at this treachery from those who made him.

For me, I do not see this struggle as an Ambode one but one that he would have to fight to entrench what is supposed to be true democracy where one vote per person really and truly does matters.

What is then my advice to His Excellency? Simple. He should go ahead with his ambition, build alliance outside of the structures that hold down Lagos, reach out to strong figures within the APC but outside of the Lagos power-base in a bid to forge a bulwark against these marauding forces in a battle to end all battles.

I refrain from mentioning names but something tells me this could just be the end of the empire for even the beneficiaries this time will not sleep with both eyes closed learning from the Fashola and Ambode script.