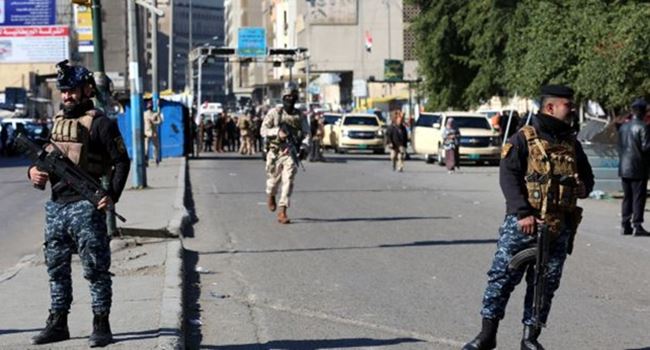 Feared terrorists group, ISIS (ISIL) has claimed responsibility for the deadly suicide bomb blast which ripped through a crowded market in Bagdad on Thursday, killing 32 people in the process.

ISIS posted a claim of responsibility for the attack on its online propaganda channels on Friday morning.

The health ministry said the capital’s hospitals were being mobilised to treat over a hundred victims wounded after the explosion.

According to Al Jazeera’s Simona Foltyn, despite the Iraqi government declaring it has territorially defeated ISIS, the group never really went away.

“[ISIS] had a relatively seamless transition into an insurgency and even though it was pushed out from the urban areas into the rural areas, it continued to operate and stage attacks on security forces and checkpoints in remote areas,” she said, speaking from Baghdad.

Iraq’s Foreign Minister Fuad Hussein has acknowledged that ISIL is still a threat, and that the country needed support from the region and international countries, she continued.

“But we also have to say it is really difficult to quantify how strong an organisation really is,” Foltyn added. “We do know that the US-led coalition to fight ISIL underreports cases of attacks by ISIL especially in remote rural areas because they rely on Iraqi security forces to report the cases.”