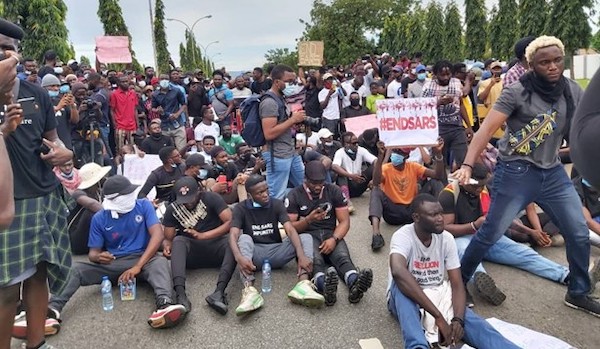 An Islamic scholar and security expert, Malam Lawal Gusau, has lodged a complaint against a group called Feminist Coalition to the Department of State Services (DSS) for the role it played in the #EndSARS protests.

The petitioner also reported a member of the coalition, Fikhirriya Hashim, who is based in the United Kingdom.

The letter titled, ‘Complaint of Instigation of Public Disturbances, Instigation of Nigerians Against a Government Institution (Nigeria Police Force) and Subversion of Nigerian Democracy Against one Fikhirriya Hashim and Her Organisation, Feminist Coalition’ is dated October 26, 2020.

Gusau alleged that he has evidences to prove that the group was the “brain behind” violence that the trailed the #EndSARS protests.

The petition read in part, “Fikhirriya, a Nigerian residing in the United Kingdom, has been the brains behind the crisis and she did confess in her social media postings as well as interview with the BBC Hausa Service.”

“So, we hold Fikhirriya, her NGO and all those related with the protests responsible for lives that were lost as well as all the properties destroyed by the protesters across the nation.

“In view of the above, we wish to request you to use your good offices and God-given position to commence full-scale investigation, arrest and prosecution of Fikhirriya and her co-travellers.

“We have attached all documented facts that will not only prove our evidence but will give you more insight into Fikhirriya’s excesses and disrespect to the people and government of Nigeria.”

99% of bandits killing, kidnapping people in Katsina are from Zamfara —Gov Masari