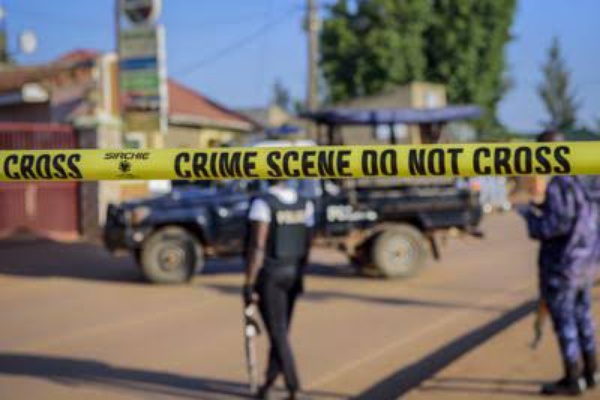 The Islamic State (IS) group has claimed responsibility for a twin suicide bombing that occurred on Tuesday in the Ugandan capital Kampala.

The group, in the attack, killed three people and left several dozens wounded.

IS claimed responsibility for the attacks in a statement on its Telegram channels.

According to them, three suicide bombers took part, with one attack targeting the central police station and another aimed at parliament.

Police spokesman, Fred Enanga said the Police foiled a third attack, recovering an improvised explosive device from the home of an alleged suicide bomber who was shot and injured and were in pursuit of other members of the group.

Also, the Ugandan police have blamed a domestic terror group linked to the Allied Democratic Forces (ADF) for the attacks, an armed force active in the neighbouring eastern Democratic Republic of Congo.

Recall that in April 2019, IS began to claim some ADF attacks on social media, presenting the group as its regional branch of the Islamic State Central Africa Province (ISCAP).

According to the Islamic group, Uganda is one of the nations participating in the war against IS in Central Africa.

However, in March this year, the United States officially linked the ADF to IS.

The attacks follow two blasts last month, a bus explosion near Kampala that wounded many people and a bombing at a roadside eatery in the capital that killed one woman.

Police also disclosed that both of those explosions were carried out by the ADF.

Uganda has also blamed the group for a foiled bomb attack in August on the funeral of an army commander who led a major offensive against Al-Shabaab militants in Somalia.

Historically, the ADF, a Ugandan rebel group, has been accused of killing thousands of civilians in eastern DRC.

The ADF is considered by experts to be the bloodiest of more than 120 armed groups that roam eastern DRC, many of them a legacy of two regional wars a quarter of a century ago.

The attack was seen as revenge for Uganda sending troops to Somalia as part of an African Union mission to confront Al-Shabaab.

Related Topics:ISUganda bombings
Up Next