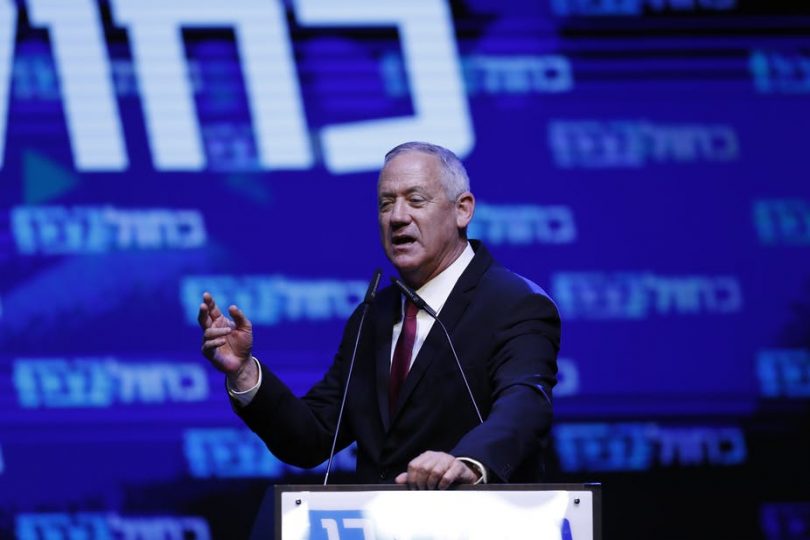 With no clear winner in September’s Israeli elections, both the incumbent prime minister, Benjamin Netanyahu, and his only serious contender, Benny Gantz, will now set about trying to form a governing coalition. Both are tarnished by the result.

Contrary to elections held in April when Netanyahu’s right-wing party, Likud, and Gantz’s centrist alliance, Kahol Lavan or “Blue and White”, were tied, this time Gantz is one seat ahead of Netanyahu, according to official results released after 90% of the vote had been counted.

But Gantz’s 32 seats – three fewer than in April – plus those of his two centrist-left alliance partners (the Democratic Union and Labor-Gesher) add up to only 43. This is far from the 61 seats necessary to form a government backed by a majority of 120 deputies in the Knesset, Israel’s parliament.

Yet, Netanyahu’s bloc that consists of the two ultra-orthodox parties, Shas and United Torah Judaism, and the parties of the far-right Yamina alliance, add up to only 55 seats. To further complicate matters, the two groups that aren’t fully affiliated with one of the blocs are not political allies: the Joint List of mostly Arab parties gained 13 seats, while the right-wing Yisrael Beiteinu – the party headed by Netanyahu’s former ally Avigdor Lieberman – won nine seats.

As there is no Likud politician in sight who would be capable of subverting Netanyahu to form a national unity government, for the time being both Gantz and Netanyahu remain in the race for the premiership.

So what does this stalemate mean for the Israeli-occupied Palestinian territories and the Middle East region more widely?

The stakes for Palestinians

Palestinians who have lived under Israeli occupation in East Jerusalem, the West Bank and the Gaza Strip since 1967 have the most at stake. Whatever government is formed, it will not only rule Israeli citizens who were eligible to vote but also those Palestinians living in the occupied territories who weren’t – something I’ve argued implies that Israel is not a democracy.

In another sense, the elections have little significance for the Palestinians living under occupation. The idea of withdrawing the Israeli army from Palestinian territories and accepting a sovereign and viable state of Palestine is as alien to Gantz as it is to Netanyahu.

Whether Israeli governments in the late 20th century seriously considered the possibility of a two-state solution remains debatable. Yet, so far in the 21st century, the game played by Israel and the Palestinian Liberation Organisation has not been about negotiating “peace” in the form of untroubled relations between Israel and a Palestinian state. Rather, it’s been about pretend-negotiating peace – and avoiding blame for, predictably, failed rounds of talks.

Contrary to Gantz, Netanyahu announced he would annex major parts of the West Bank including all Jewish settlements and most of the Jordan Valley. However, as the West Bank has been ruled and colonised by Israel for half a century, its annexation would be little more than a symbolic policy and wouldn’t fundamentally change the situation on the ground.

In August, Gantz vowed to “pound Gaza” in the event of military confrontations. Under his premiership, Israel’s rule over the coastal strip might be implemented in an even more oppressive way than it has been so far this decade.

With regards to wider regional policies, Gantz is in line with Netanyahu and they share a strong stand against Iran. In February, referring to Iran, Gantz said: “On my watch, there will be no appeasement.”

Gantz has also endorsed Israel’s policy of containing Iran’s Lebanese ally Hezbollah inside Lebanon and in Syria. Since 2013, Israel has frequently launched air strikes against Iranian-backed militia posts in Syria, whose activities are crucial for the Bashar al-Assad regime’s relentless fight for survival.

Until recently, the fighting between Israel and Hezbollah in Syria had not spilled beyond its borders. But by launching an attack with two drones in Beirut on August 25, Israel violated this tacit agreement. In the aftermath, despite some skirmishes and aggressive rhetoric, both Lebanon and Israel showed restraint. But similar incidents in future could lead to further escalation – something Netanyahu might welcome if he were hoping to make a mark early in another premiership.

Regarding the Arab-Israeli conflict, US president Donald Trump’s so-called “deal of the century”, expected to be released shortly, probably won’t be more than the symbolic funeral of an idea – the two-state solution – that has been clinically dead for years. Much more intriguing is whether the plan might boost the ongoing normalisation of the Arab world’s relations with Israel and foster the tacit anti-Iranian alliance between Saudi Arabia and Israel in the making.

There is a lot at stake for Netanyahu now. Probably only a law granting Israel’s prime minister full immunity from prosecution could save Netanyahu from being indicted for corruption, and such a law will only pass if he manages to remain in power.

It remains to be seen in the coming days and weeks of coalition negotiations whether a tottering Netanyahu will win what is probably his last major political battle and stay in power against all the odds – and what role foreign policy towards the Middle East will play in his coalition-building strategy.