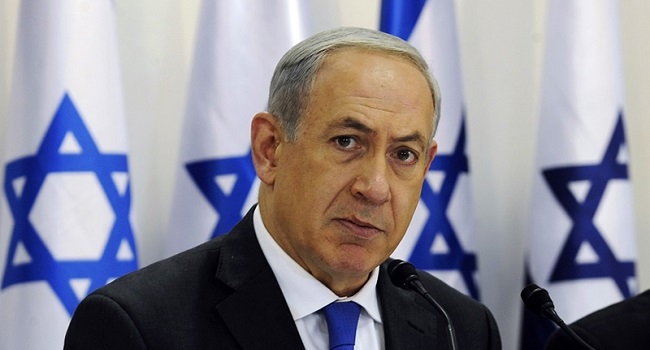 Israeli Prime Minister, Benjamin Netanyahu, has vowed that his country’s military would continue its strikes targeted at the homes and infrastructure of the Palestinian militant group, Hamas, in the Gaza Strip.

Netanyahu, who stated this when he met the country’s security forces on Tuesday, said he has mandated the military “to continue to strike at the targets of terrorism.”

Also on Tuesday, the Hamas-run Gaza Ministry of Health said 212 people have so far been killed and 1,400 others injured since violence flared last week, in what has become the most serious Israeli-Palestinian confrontation in years.

READ ALSO: US drops two state solution to Isreal-Palestine conflict
At least 61 children and 36 women have been killed as the Israelis bombardment entered the ninth day, the ministry added.

Meanwhile, the Israel Defense Forces (IDF) said rocket fire from Gaza has killed at least 10 people in Israel, including two children, since the start of the conflict.

“Hamas deliberately and systematically places military targets within the civilian population, exposing their citizens to danger,” IDF said in a statement.

Related Topics:Benjamin Netanyahu
Up Next