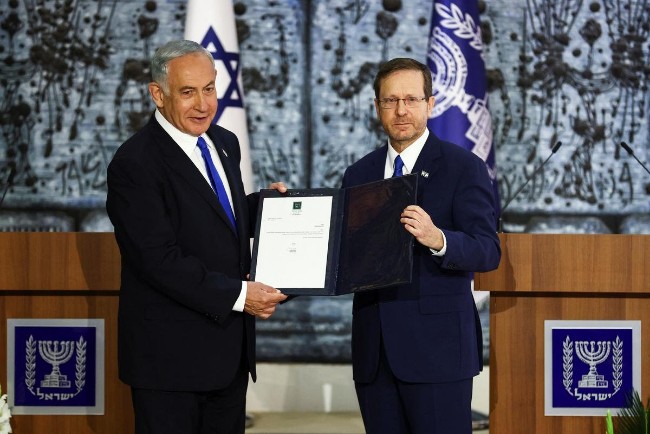 Israeli President, Isaac Herzog, has given former Prime Minister, Benjamin Netanyahu, 28 days to form a new government after winning the backing of 64 Members of the Israeli Parliament known as the Knesset.

The invitation which takes effect from November 13, will see the 73-year-old assigned the task of forming the next Israeli government, according to a statement from the Presidency on Sunday.

President Herzog had on Friday, hinted that he would ask Netanyahu to form a new government following consultations with leaders of all the political parties that have been elected to the 25th Knesset on November 1.

Shortly after the announcement, the Israeli President started discussions with leaders of the political parties after formally receiving the results of the polls from the Chairman of the Central Elections Committee which gave Netanyahu the mandate to make a comeback.

Related Topics:HerzogIsrael president
Up Next