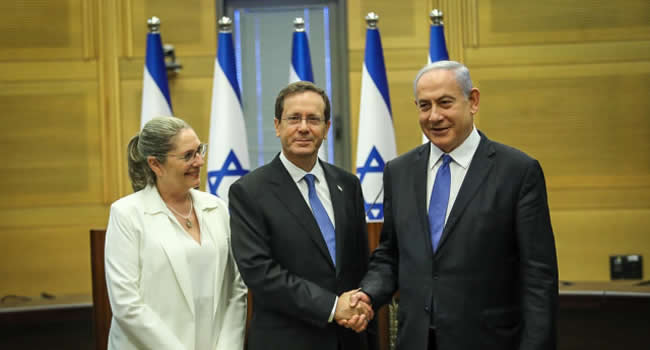 This is largely ceremonial but also meant to promote unity among ethnic and religious groups.

Herzog beat rival candidate Miriam Peretz, an educator, and mother of two Israeli infantry officers killed in battle, by a vote of 87 lawmakers to 26.

He will assume the presidency next month, replacing Reuven Rivlin, who is ending his seven-year term.

First elected to parliament in 2003, Herzog, 60, went on to lead the Labour party and hold several portfolios in coalition governments. His most recent public post was as head of the Jewish Agency for Israel, which encourages immigration.

Defeated by Prime Minister Benjamin Netanyahu in a 2015 national ballot, Herzog was picked as president as his former nemesis faced possible toppling by a cross-partisan alliance of challengers.

READ ALSO: US Secretary of State, Blinken, in Egypt to support Israel-Hamas ceasefire

The struggle over the premiership has set off rancour in Netanyahu’s religious-rightist base. Many left-leaning Israelis have long demanded his ouster as he is under trial on corruption charges – which he denies.

“It is essential, really essential, to tend to the open wounds that have been opened in our society recently,” Herzog said in parliament, accepting the appointment.

“We must defend Israel’s international standing and its good name in the family of nations, battle anti-semitism and hatred of Israel, and preserve the pillars of our democracy.”

Herzog, a lawyer, is the son of the late Israeli president Chaim Herzog, who also served as his country’s ambassador to the United Nations.