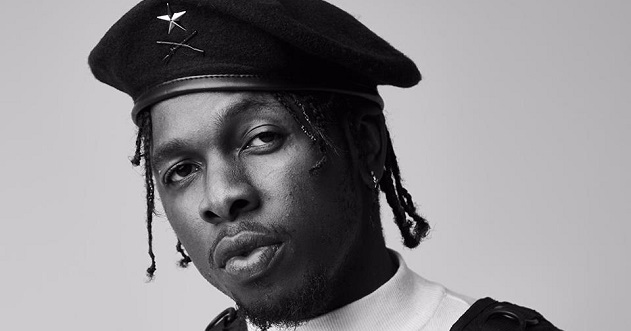 Singer Runtown has reacted to the ban of Sniper insecticide by the National Food and Drug Administration Control, (NAFDAC) to reduce the rate of people using the substance to commit suicide.

The ‘Mad Over You’ crooner who shared his opinion on Twitter said banning the chemical substance to stop the wide spread cases of suicide in the country would not work.

He said the most important thing is to identify why people take to suicide and find a lasting solution rather than placing a ban on ‘Sniper.’

“It’s like going to dry up the Lagos Lagoon because people use it as a tool for committing suicide. To truly curb this epidemic, we must focus on the reason WHY people do it,” he added.

Recall a few days ago that Dr Husman Bukar, the Director of NAFDAC said the decision to ban Sniper was coming at a time when new herbicides that were safer and environmentally-friendly were being registered in Nigeria. 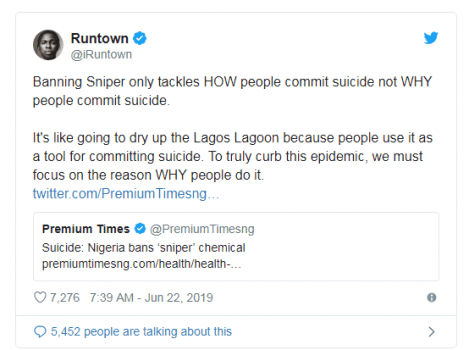