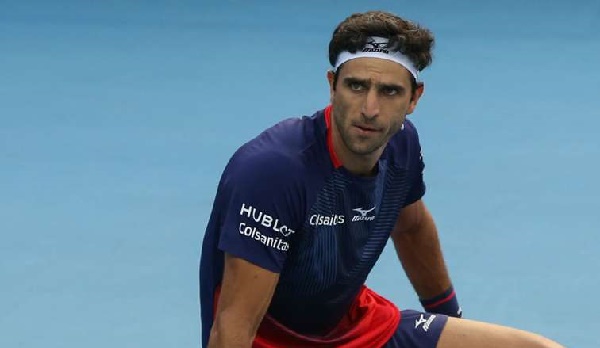 The ITF said boldenone was found in the Colombian tennis star’s system after an out-of-competition test last October.

“On 11 January 2020, Mr. Farah was charged with an anti-doping rule violation under Article 2.1 of the programme (presence of a prohibited substance in a player’s sample) and was provisionally suspended with effect from 21 January 2020,” an ITF statement said.

“Mr. Farah had (and retains) the right to apply to the chair of the independent tribunal convened to hear his case why the provisional suspension should not be imposed but has chosen not to exercise that right to date.”

Farah had said on his social media accounts last week that he was going through a tough spell.

He said: “I’m going through one of the saddest moments of my life and, without a doubt, the saddest of my sporting career.”

Boldenone is widely used by farmers in Colombia to boost the growth of cows, but it is banned by the World Anti-Doping Agency.

In 2018, the Colombian Olympic Committee warned its athletes about the presence of Boldenone in beef.

“I’m sure that’s what generated the result from the test in question,” Farah added.