Home » Life's Blog » It’s becoming obvious that my fellow celebs do not like me, MI Abaga says 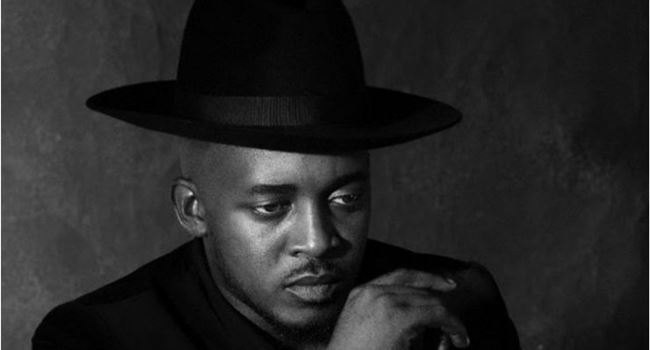 Nigerian hip hop recording artist, record producer and rapper, MI Abaga is of the opinion that he is not liked by fellow celebs over the position he takes and comments he makes regarding some matters on social media.

The rapper who was reacting to a Twitter post by @GreenGrassU who wrote on the social media platform saying he thinks MI’s fellow celebs do not like him totally agreed with the comments of the fan.

“I think your fellow celebs/artistes don’t like you that much and they took every opportunity to show it. Like the AKA and Wizzy issue… They came for you and you took an L e.g Sliding in VEC DM,” @GreenGrassU wrote.

In his reply, MI wrote saying; “This is becoming clearer by the day! Don’t really care though!!! Positives vibes only…”

Jaywon in his reaction pointed out that there is frustration everywhere in the country but noted that MI’s own is becoming more visible.

He then concluded by asking the rapper to take some chilling pills before going on to condemn his comment.

Earlier, Samklef had taken a shot at MI over the matter when he took to social media account to advise the rapper to stop belittling himself just because of mere clout.

“Akon na old gee legend. Wizkid na new gee legend. I see no fault in Akon calling Wizkid my ‘lil bro.’ I did not expect that from MI. Never belittle yourself for clout. He should be able to set good examples. Akon na legend, Wizkid na legend…” 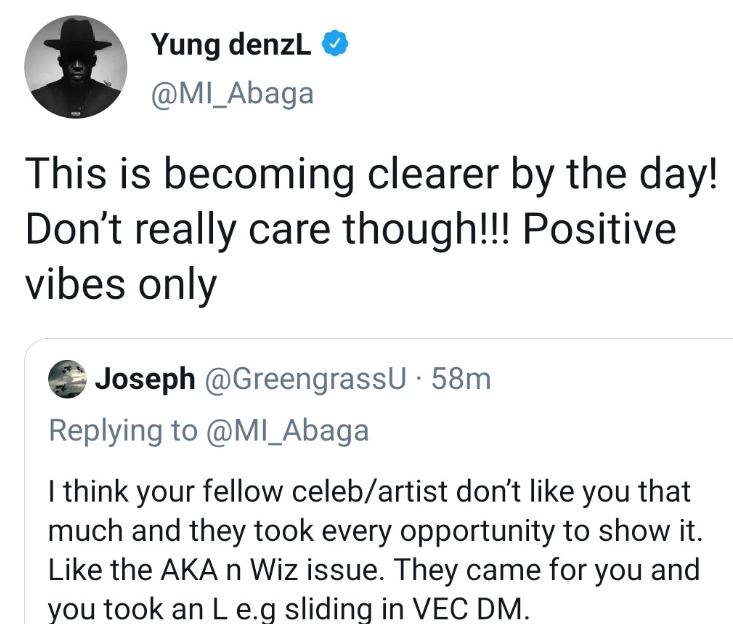