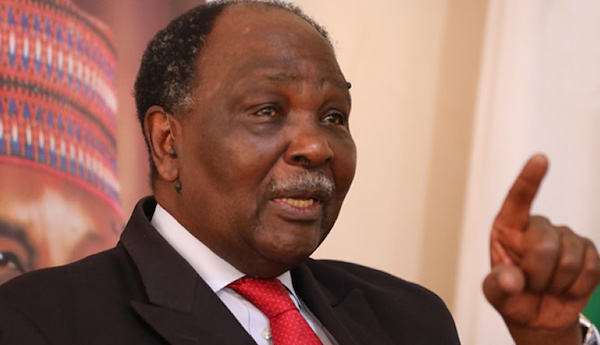 Nigeria’s former Head of State, Yakubu Gowon, has dismissed the fraud allegation levelled against him by a member of the British Parliament, saying the claim was cooked up.

The British MP, Tom Tugendhat, who took part in the parliament’s debate on request for sanction of Nigerian government officials over alleged rights violations during the #EndSARS protest, said the ex-military ruler stole half of Nigeria’s wealth when he was ousted in a 1975 coup and fled into exile in the United Kingdom.

He said: “We need to call out the corruption, we need to use the powers that we have in this country to stop those who are profiting from the wealth of that great nation and hiding it here.

“Now some people will remember when Gen. Gowon left Nigeria, he took half of the Central Bank, so it is said, and moved to London.

“We know today, even now in this great city of ours, there are sadly some people who have taken the wealth of Nigerian people and hidden their ill-gotten gains here.

“We know that our banks sadly have been used for that profit or that illegal transfer of asset and that means that the UK is in a unique position in being able to actually do something to really exert pressure on those who have robbed Nigerians.”

But Gowon, who spoke with BBC, denied looting the country’s wealth.

He said “I don’t know where he got that rubbish from, I served Nigeria diligently, and my records are there for all to see.

“What the MP said was just mere ridicule and I don’t know as to where he cooked up such statement. I served Nigeria as much as I could and my achievements during those years are available to everyone.

“I don’t want to talk over the matter since those who know me very well say that the MP’s statement is nothing but a mere fallacy.”