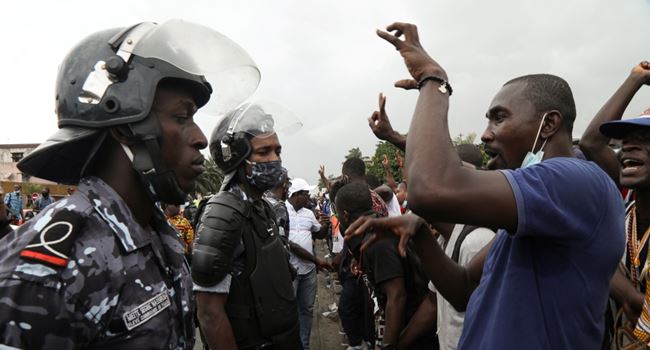 The path has been cleared for President Alassane Ouattara to seek a contentious third term, following a ruling by a top court on Monday in Ivory Coast as protests turned violent in several cities across the country.

The court in its ruling also cleared four of the 44 candidates for the October 31 presidential election including former president Henri Konan Bedie from the historically dominant PDCI party, former Prime Minister Pascal Affi N’Guessan, and Kouadio Konan Bertin, a dissident from Bedie’s party.

President Ouattara had previously committed to not running again, but he changed his mind after the sudden death of his anointed successor – Prime Minister Amadou Gon Coulibaly – from a heart attack in July.

The country’s Constitutional Court however barred the former president, Laurent Gbagbo, and former prime minister, Guillaume Soro, from running in the presidential election next month.

The electoral commission had already said that anyone with a criminal record would be disqualified. Both men have convictions.

Earlier, protests broke out in several cities over President Alassane Ouattara’s decision to run for a third term, something the Ivorian constitution prohibits.

Fifteen people have died in violence since he said last month that he would stand again.