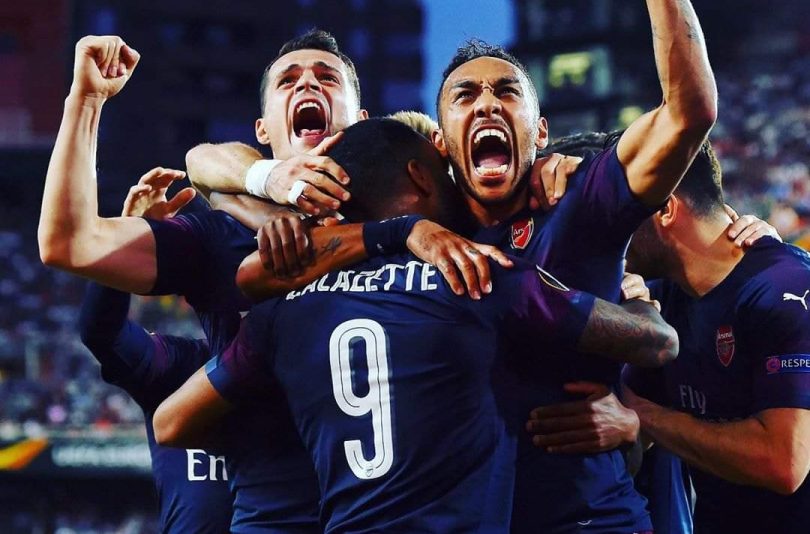 Super Eagles forward, Alex Iwobi sat on the bench for Arsenal in their 4-2 away win over Valencia in the second leg of their semifinal clash in the Europa League.

Gabonese striker, Pierre-Emerick Aubameyang scored a hat-trick as Arsenal reach the final of the competition.

Leading 3-1 from the first leg at the Emirates Stadium, the Gunners put up yet another fight in Spain to seal a 7-3 aggregate win.

Valencia, who saw off Villarreal on their way to the last four, needed to score two unreplied goals at home in order to advance.

Read Also: Chukwueze out of Flying Eagles squad to U-20 World Cup, may play at AFCON

They got off to a good start as they opened the scoring in the 11th minute through Kevin Gameiro’s close-range effort, but Arsenal pegged back six minutes after.

Alexander Lacazette scored in the 50th minute to put the Gunners in front, but the lead was short-lived as Gameiro tapped in Valencia’s second of the night before Aubameyang rounded off the scoring.

They have a chance to qualify for the Champions League next season by winning the Europa final against the winners of the other semifinal clash between Chelsea and Frankfurt.