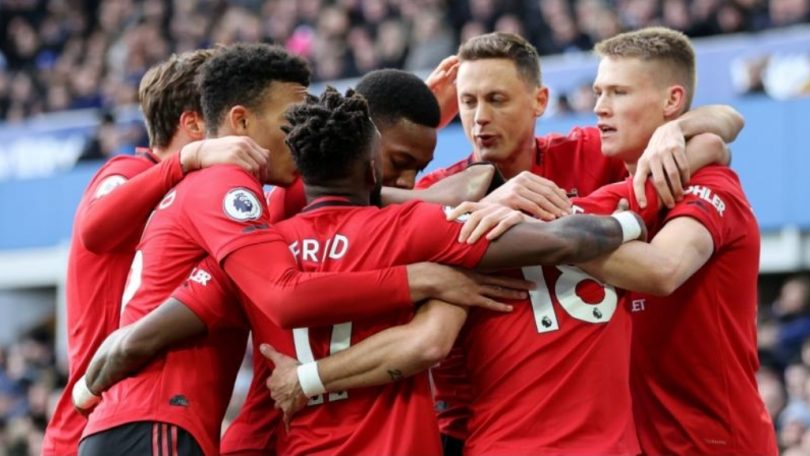 Nigerian forwards, Alex Iwobi and Odion Ighalo both started from the bench as their clubs Everton and Manchester United battled in the Premier League on Sunday.

But while Iwobi was an unused substitute for the Toffees, Ighalo came into the game from 72 minutes to help the Red Devils secure a point.

Everton were denied a late winners as United held their hosts to a 1-1 draw at the Goodison Park.

Dominic Calvert-Lewin opened the scoring in the 3rd minute for the hosta before Bruno Fernandes scored the equaliser on the half four mark.

Calvert-Lewin had a goal ruled out by the video assistant referee in added time because Sigurdsson had been lying on the ground in front of De Gea in an offside position.

And manager Carlo Ancelotti was shown a red card following his protest.

Elsewhere, Tottenham Hotspur squandered a 2-1 lead against their visitors Wolverhampton, who came from behind to win 3-2 in an entertaining encounter.

It was Raul Jimenez who scored a smart winner as Wolves recovered to move above Tottenham in the table, boosting their chances of going to the Champions League next season.

The win sends Wolves sixth in the table and three points behind fourth-placed Chelsea, as Spurs remain in 7th.