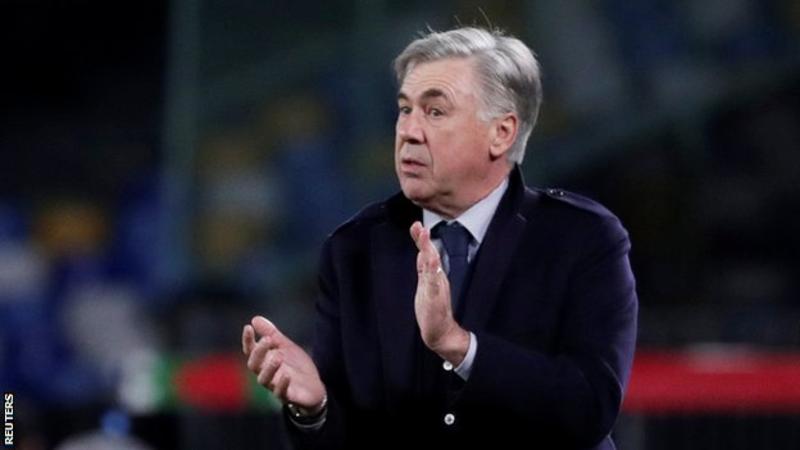 Super Eagles forward, Alex Iwobi will henceforth play under a new manager as Everton have appointed Carlo Ancelotti as their manager on a four-and-a-half-year contract.

Ancelotti, who was sack by Napoli despite taking the Italian side to the knockout stages of the Champions league, is coming to the Goodison Park as a replacement for Marco Silva.

Silva was sacked was dismissed by the Premier League club on December 6th after winning 24 matches and losing 24 others of his 60 games in the space of 18 months.

The Toffees announced Ancelotti’s arrival on Saturday before their Premier League game against Arsenal, who also appointed Mikel Arteta as their head coach a day before.

Ancelotti, a three-time Champions League-winning coach, returns to English football eight and a half years after he was sacked by Chelsea.

“Excited to share the news that I am joining Everton FC. I am delighted to be back in the Premier League and to be part of this historic club. Thank you for your trust in me,” Ancelotti wrote on Twitter.

The 60-year-old’s first match in charge will be the home game against Burnley on 26 December, as he will officially take charge from Sunday.

“There is a clear vision from the owner and the board to deliver trophies. That is something that appeals to me as a manager.

“I am thrilled at the prospect of being able to work with everybody at the club to help make that vision a reality,” he said in a statement on the club’s website.