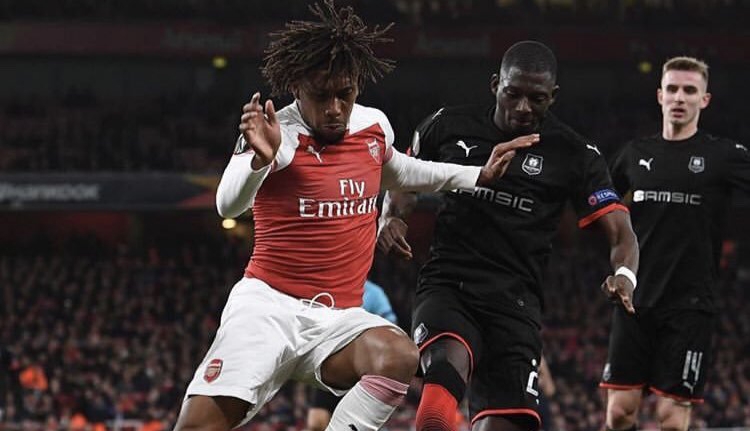 Super Eagles forward, Alex Iwobi has paid no attention to the criticisms on social media over his gesture towards Hamari Traore during an Europa League match on Thursday night.

Iwobi, who played a sub role in the game, almost got into a scuffle with Stade Rennes’ Traore in a round of 16 clash at the Emirates Stadium with the game already 3-0 in Arsenal’s favour.

This is a bit disrespectful from Alex Iwobi… 😭😭😭😭😭😭#NaijaVirals pic.twitter.com/zwO8Cm2jiJ

While many were against the gesture on social media and calling on Iwobi to apologise to Traore, Iwobi tweeted on Friday morning celebrating Arsenal’s advancement to the quarterfinals of the competition.

Arsenal overturned a two-goal deficit as the Gunners won 4-3 on aggregate, having lost 3-1 in the first leg, to reach the last eight.

The draw for the quarterfinals will hold today (Friday).