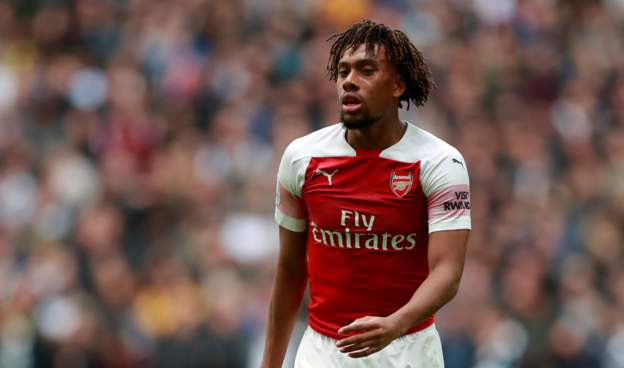 Super Eagles forward, Alex Iwobi put up a fine performance for Arsenal in their derby draw with Tottenham at Wembley on Saturday.

England striker, Harry Kane saved Tottenham from a disappointing loss when he scored from the spot in the 74th minute to cancel Aaron Ramsey’s first-half goal.

Arsenal had the chance to win the game at the stroke of 90 minutes but Gabon striker, Pierre-Emerick Aubameyang had his penalty saved by Hugo Lloris.

The Gunners finished the game with ten men as Lucas Torreira was shown a red card after sliding up into Danny Rose in injury time.

“We are fine in our way, being competitive and adapting our performance,” said Arsenal boss, Unai Emery.

“It demanded a lot of transition for us and it is good, not the result because we can win, but we can be stronger in our mentality after this match going forward.

“I am happy with the performance, it was a tough game and difficult to play Arsenal but I am happy after two defeats to take a positive result to build confidence for Tuesday, to go to Borussia Dortmund and go through to the next stage of the Champions League.”