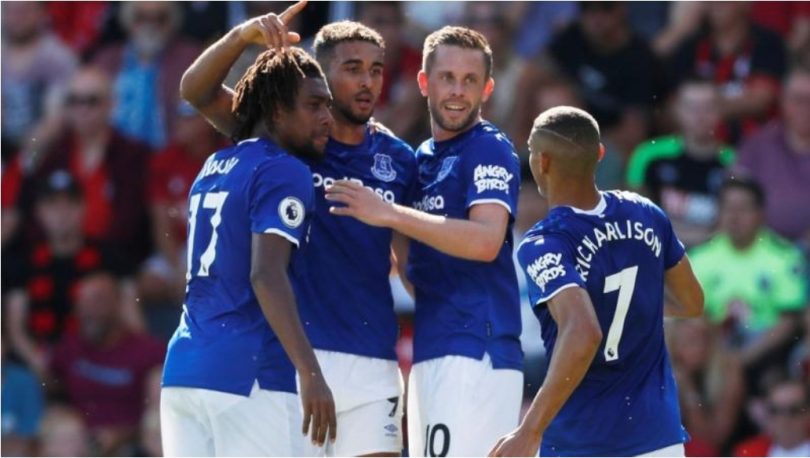 Super Eagles forward, Alex Iwobi was in action for Everton in the Premier League on Sunday as they fell to a 3-1 defeat to Bournemouth.

Iwobi was on from the start to finish of the game but Cherries proved stronger on home soil as they tamed their visitors, denying them of goals especially in the second half.

Bournemouth got ahead in the 23rd minute when Callum Wilson opened the scoring as he nodded in after Joshua King’s close range miss.

The Toffees were then given some hopes in the final minutes of the first half as Dominic Calvert-Lewin equalised with a towering header.

But the second half saw the hosts score two goals in five minutes to secure their first home victory of the season.

It was substitute Ryan Fraser who made it 2-1 from a low free-kick in the 67th minute, before Wilson scored his second of the day with a delicious lob past Jordan Pickford.

The win catapulted Bournemouth eight places up the table to eighth, above Everton, who slip to 11th.