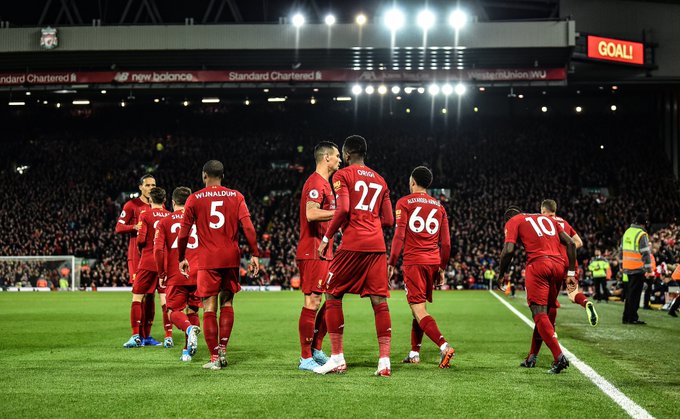 Super Eagles forward, Alex Iwobi was on the losing side in Wednesday’s Merseyside derby as Liverpool beat Everton 5-2 in a Premier League clash at Anfield.

The defeat piles up more pressure on Toffees boss, Marco Silva, whose side are now 18th on the table having won only once in their past five games.

Victory for the Reds sees them retain their eight-point lead at the top of the table as second-placed Leicester also won against Watford earlier on Wednesday.

Divock Origi scored twice in a rampant first-half performance that saw the hosts 4-2 up, with Sadio Mane providing Origi’s first, setting up Xherdan Shaqiri for the second goal before scoring Liverpool’s fourth on 45 minutes.

Everton’s Michael Keane and Richarlison also scored before the break but Liverpool’s Georginio Wijnaldum added a fifth in the 90th minute to seal a comfortable victory.

Jurgen Klopp’s men are yet to face defeat in the League this season, and have only played draw once – against Manchester United.