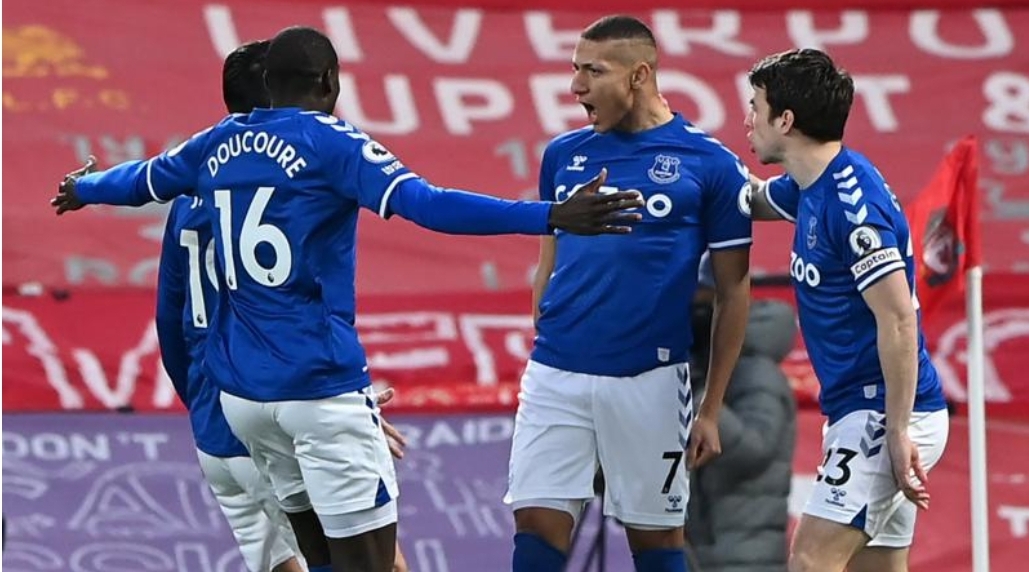 Super Eagles forward, Alex Iwobi played as a late substitute for Everton in their 2-0 victory over Liverpool in the Premier League on Saturday.

Iwobi, who was introduced in the 86th minute for Richarlison, helped the Toffees hold on to secure an important Anfield victory.

It was Richarlison who opened the scoring in the third minute before Sadio Mane and Mohamed Salah had their efforts saved by Jordan Pickford late on.

Gylfi Sigurdsson then converted a penalty after Dominic Calvert-Lewin was brought down in the box following a beautiful counter attack on 83 minutes, to seal the win.

The defeat compounds Liverpool’s woes in the Premier League, as they keep dropping points since December, 2020, which leaves them on sixth.

The defending champions are now on same points as their city rivals, who now have 40 points on seventh with an inferior goal difference – and a game in hand.

For Everton, the victory was their first Premier League win at Anfield in 22 years.

Liverpool have now lost their past four league fixtures and are three points behind fourth-place Chelsea.

Related Topics:Alex IwobiderbyEvertonLiverpoolPremier League
Up Next