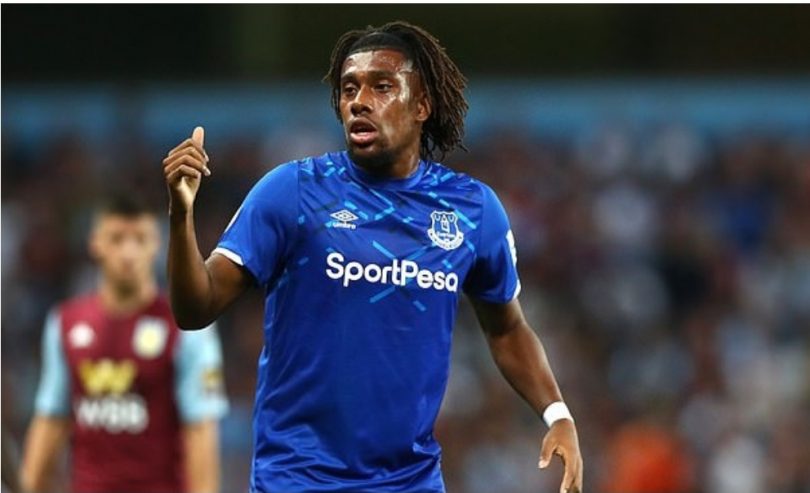 Super Eagles forward, Alex Iwobi was in action as a substitute for Everton in their 3-1 defeat to Manchester United at Goodison Park on Saturday.

His compatriot, Odion Ighalo was not selected for the encounter as new arrival, Edinson Cavani featured for Manchester United.

The Premier League game saw the Toffees leading from 19th minute before their visitors scored two goals before half-time and another goal in late second half.

Everton’s Bernard had put the hosts ahead before a double by Bruno Fernandes helped the Red Devils secure a comeback before halftime.

Cavani then scored his first goal for United on the counter-attack in the final minute of added time to seal a 3-1 win.

Solskjaer’s side were beaten 2-1 in the Champions League by Istanbul Basaksehir in Turkey during the week.

For Carlo Ancelotti’s Everton, a third successive defeat means they remain fifth in the table as United climb to 13th.