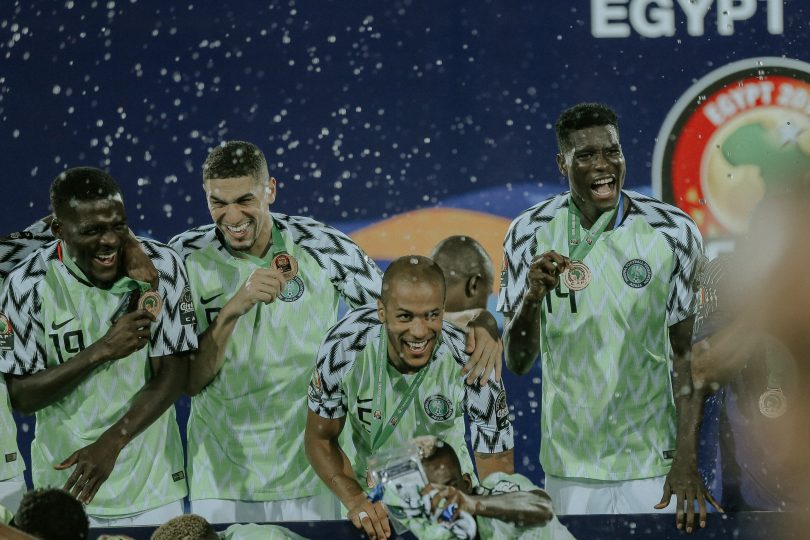 Super Eagles star, Alex Iwobi is of the opinion that Nigeria’s third-place finish at the 2019 Africa Cup of Nations (AFCON) is a great achievement.

The Eagles claimed their 8th AFCON bronze on Wednesday night by defeating the Carthage Eagles of Tunisia in the playoff.

A 3rd-minute goal by Odion Ighalo and an exceptional defending led by MOTM Williams Troost-Ekong secured the victory for Gernot Rohr’s side.

Iwobi believes the 24-team tournament saw some great quality in terms of fielded players from the participating nations.

“It’s a great achievement considering the quality of oppositions in the tournament, 24 teams – especially considering the fact that this team is still very young,” Iwobi told reporters after the game.

Nigeria kicked off their campaign with a 1-0 win against Burundi, and won 1-0 against Guinea before losing 2-0 to Madagascar in their group matches.

The three-time champions went on to beat defending champions Cameroon in the round of 16, saw off South Africa in the quarterfinals before being knocked out by Algeria in the last-four.

The Arsenal forward added: ”I’m sure we can do better than this in the next Africa Cup of Nations.

”I want to say a big thank you to our fans for their support all through competition. We will always do our best for them.”

It is however yet to be known what the future holds for this present team of the Super Eagles, as the certainty of Gernot Rohr remaining as coach is not clear.