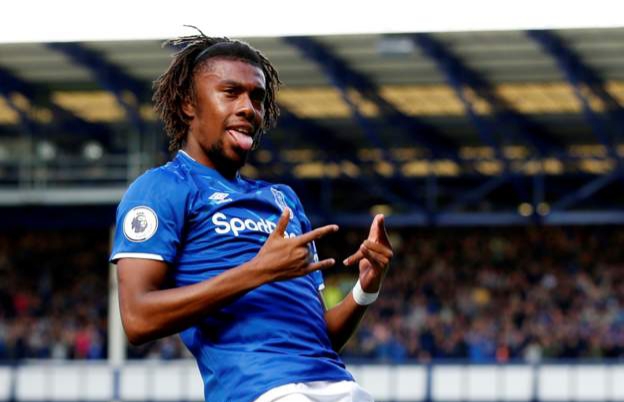 Super Eagles forward, Alex Iwobi put up a superb performance for Everton in their 3-2 victory over Wolverhampton Wanderers in the Premier League.

The 23-year-old, who joined the Toffees at the start of the season, scored his first Premier League goal for the club in the entertaining clash at Goodison Park.

Richarlison had put the hosts ahead in the fifth minute, before Iwobi scored by converting Gylfi Sigurdsson’s pin-point cross, after Romain Saiss had put Wolves level.

Raul Jimenez bravely headed home in the 78th minute for Wolves, but Richarlison scored his second for the day to hand Everton yet another victory this season.

Read Also: Ghana to host next edition of African Games in 2023

Wolves were reduced to 10 men in added time when Willy Boly recieved a second yellow card for a foul on Richarlison.

With only four Premier League games played, Everton climbed to fifth in the table, while Wolves remained in 17th and without a league win.