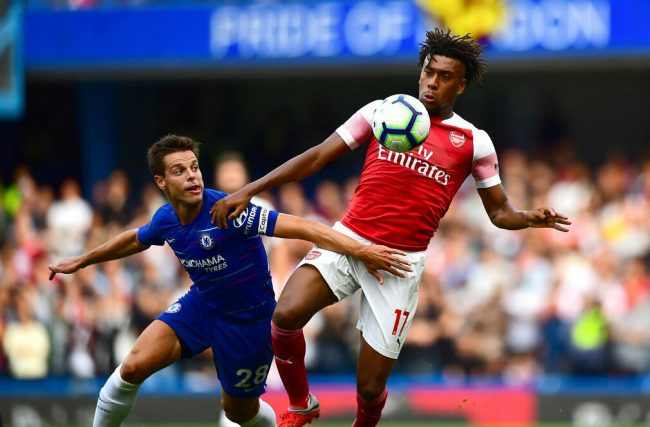 Super Eagles and Arsenal forward, Alex Iwobi was on target for his club as they lost 3-2 to Chelsea in a thrilling English Premier League encounter at Stamford Bridge on Saturday.

Former Nigeria player, Victor Moses was on the bench throughout the game, but his side came out victorious.

Arsenal were trailing 2-0 by the first 20 minutes, thanks to goals by Pedro Rodriguez and Alvaro Morata, but came from behind to level as Henrikh Mkhitaryan and Iwobi scored before halftime.

The Blues then ensured they secured all three points in the 81st minute through a fine finish by Marcos Alonso.

Arsenal were a little disorganized in the opening minutes but they built up strongly as the game reached its first 30 minutes.

Gabon striker Pierre-Emerick Aubameyang and Iwobi missed very clear chances before half-time – chances that could have put them on the lead.

Both Chelsea coach Maurizio Sarri and Arsenal’s Unai Emery are in their first seasons with their respective clubs, and while the Blues have won their first two matches, the Gunners have lost theirs.

Chelsea will be away to Newcastle next Sunday, while Arsenal will host West Ham on Saturday.