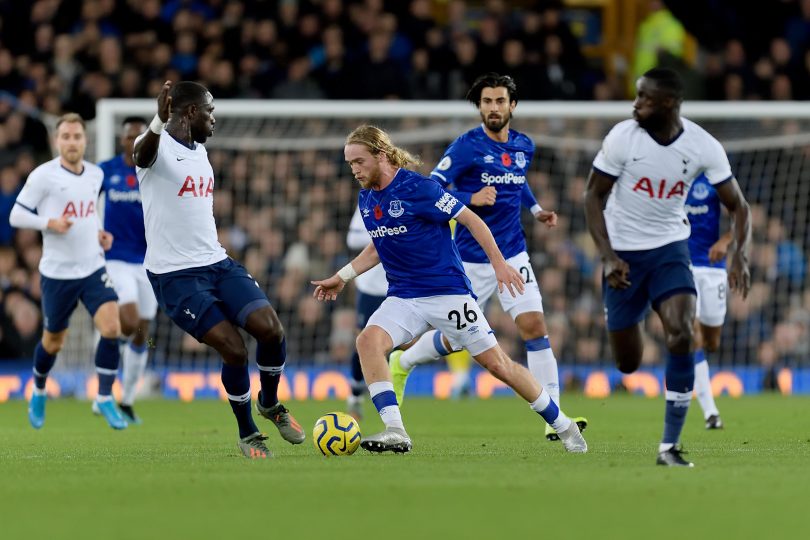 A late header by Cenk Tosun helped Everton hold Tottenham Hotspur to a 1-1 draw in their Premier League clash at the Goodison Park on Sunday.

Super Eagles star, Alex Iwobi was in action throughout the game, which saw Spurs’ forward Son Heung-Min sent off after a tackle on Andre Gomes resulted to a horrific leg injury.

The visitors, who were without England striker Harry Kane, had gotten ahead in the 63rd minute before the 98th-minute equaliser from Substitute Tosun denied them victory.

Dele Alli scored the opener when he fired in a loose ball from of Iwobi, and moments later, looked to have handled the ball in the box, but a penalty was not given by VAR.

Everton’s eventual equaliser deep into the 12 minutes of stoppage-time moved Marco Silva’s side three points clear of the relegation zone.

And the draw denied Tottenham a climb to eighth in the Premier League table, as they settled for 11th this weekend.