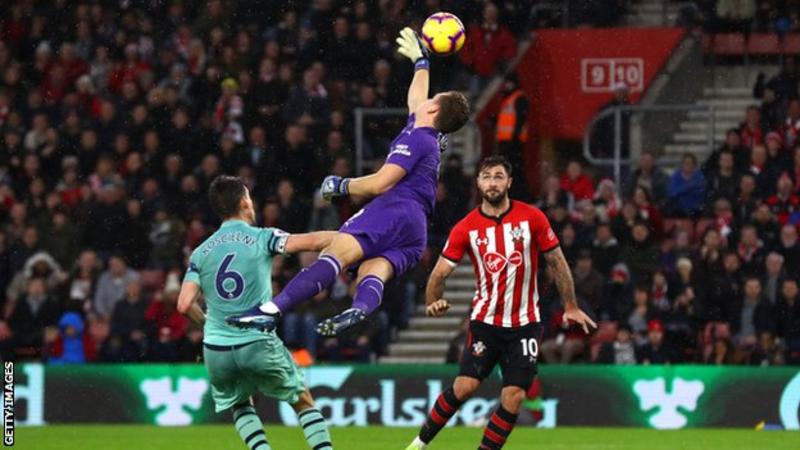 Super Eagles forward, Alex Iwobi was on from the start for Arsenal in their 3-2 defeat to Southampton in a Premier League clash on Sunday.

The defeat for the Gunners ended their fantastic unbeaten run – 22 games in all competitions.

Iwobi, who was replaced by German midfielder Mezut Ozil on 70 minutes, did put up a fine performance and was involved in Arsenal’s two goals scored by Henrikh Mkhitaryan.

Danny Ings scored a brace for Southampton in the game with Charlie Austin getting the other goal to secure the win for the Saints.

Elsewhere, Nigeria defender, Leon Balogun made the starting line up but also faced defeat with Brighton who fell 1-2 to Chelsea.

Pedro and Eden Hazard netted for Chelsea in the game, while Solomon March got the hosts’ goal in the 66th minute.

The game was Balogun’s sixth league appearance for the Seagulls since his transfer to the club this season and he has scored once.