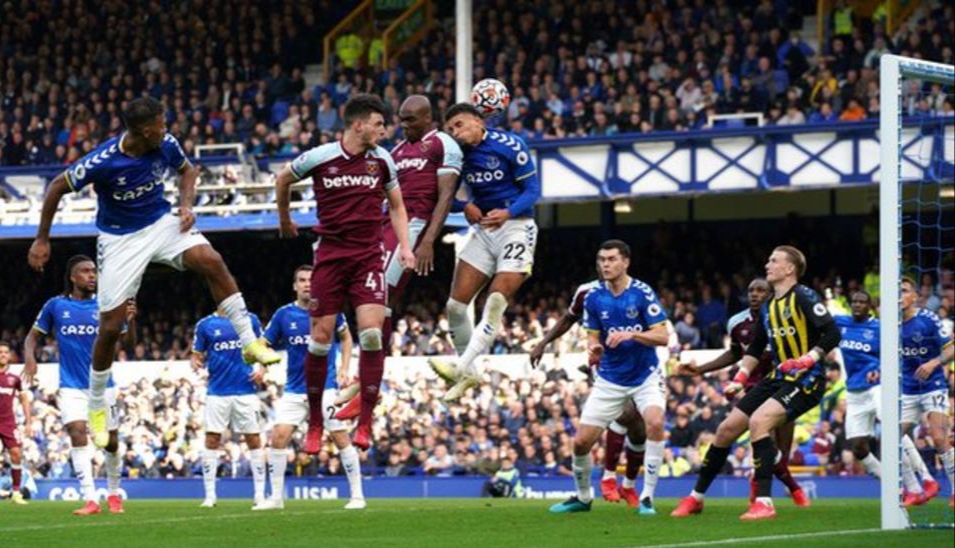 Super Eagles star, Alex Iwobi was in action for Everton at the Goodison Park on Sunday as they lost 1-0 to West Ham.

Iwobi, who missed the last international break due to injury, staged a return in the Premier League encounter but struggled to shine.

The forward missed a glorious opportunity for his side when he failed to make any contact with the ball from six yards out.

His spin and strike in the second half was also blocked by a resilient West Ham defence.

Both sides struggled to find the net until the 74th minute when Angelo Ogbonna headed the winner to give West Ham United a hard-fought victory.

It was Ogbonna’s first goal of the season, and he did it by rising highest inside the six-yard box to flick home Jarrod Bowen’s corner.

The Toffees pushed harder towards the end but could not find an equaliser as their three-game winning run at Goodison Park was ended.

West Ham’s victory takes them up to sixth in the Premier League table as they leapfrog Everton, who drop to seventh.