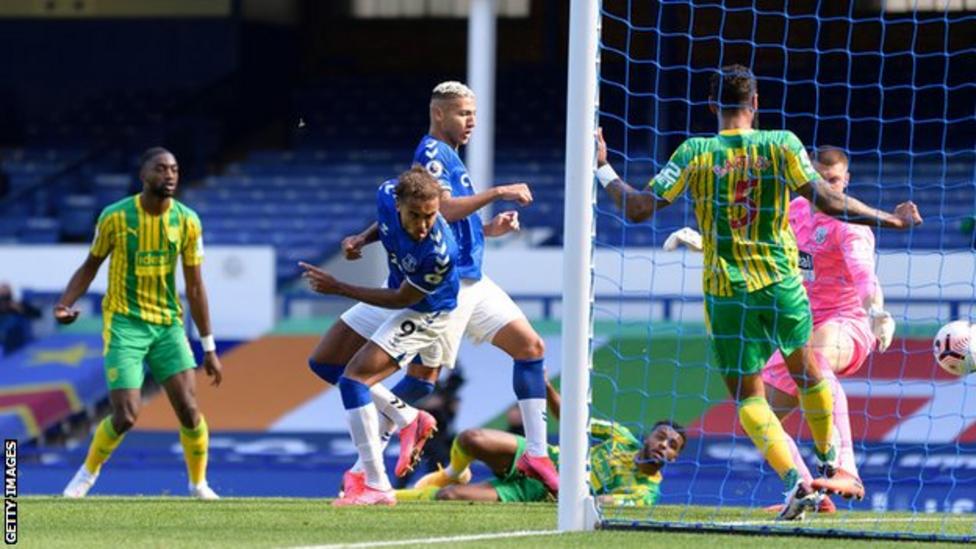 Alex Iwobi put up a superb performance in his first appearance of the season for Everton in their 5-2 victory over West Brom.

The Premier League encounter, which saw the Toffees thrash their visitors at the Goodison Park, was their second win in two league games this season.

Iwobi played a substitute role, as he was introduced in the 71st minute of the encounter for hat-trick hero Dominic Calvert-Lewin.

New arrival, James Rodriguez also scored on his home debut and Roy Keane too, to help their team continue their impressive start to the Premier League.

Promoted West Brom scored two goals courtesy of Grady Diangana and Costa Pereira, but were reduced to 10 men when Kieran Gibbs and manager Slaven Bilic were sent off – Gibbs dismissed for pushing Rodriguez.

Everton have won their opening two league fixtures for the first time in eight years.

Related Topics:Alex IwobiEPLEvertonWest Brom
Up Next