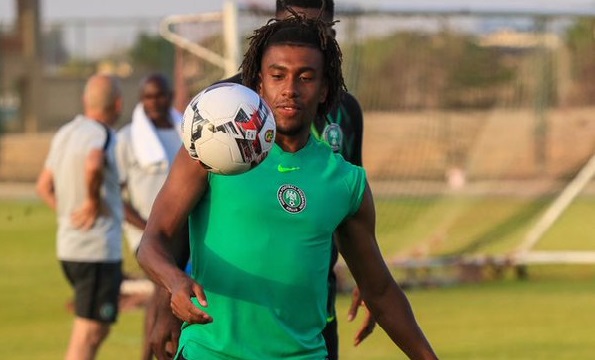 Alex Iwobi will be undergoing another COVID-19 test in Lagos on Monday after he returned positive from the first test carried out last Friday.

The 24-year-old forward was unavailable for the Super Eagles clash against Benin in an Africa Cup of Nations (AFCON) qualifier over the weekend.

He was already billed to make the team’s starting squad, but had to be dropped after his test returned positive for coronavirus.

Read Also: Iwobi out of Nigeria squad for Benin duel after testing positive for COVID-19

The Nigeria Football Federation (NFF) reportedly said it will not accept the result until another confirmation.

Iwobi, who is currently in isolation, is expected to undergo another test ahead of Nigeria’s final 2021 AFCON qualifier against Lesotho on Tuesday.

The Super Eagles will host the Crocodiles of Lesotho at the Teslim Balogun Stadium in Lagos.

The game means nothing to both teams as Nigeria already qualified for the Cameroon tournament while Lesotho have no hope.