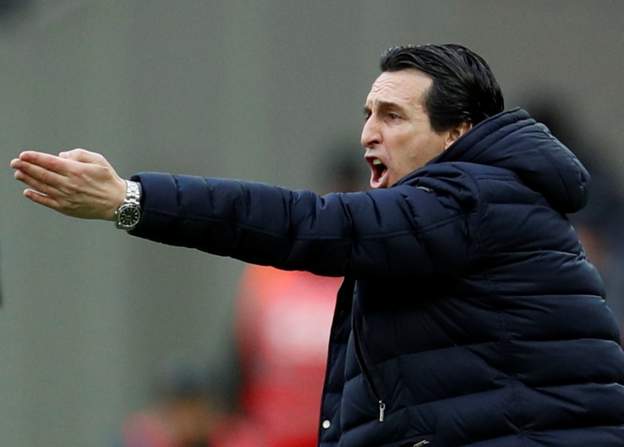 Super Eagles’ forward, Alex Iwobi was in action for Arsenal in their disappointing 1-0 defeat to West Ham on Saturday.

The Gunners, who would have levelled with Chelsea on points had they won, were stunned by their London rivals.

After a goalless first half, the hosts got ahead in the 48th minute, thanks to a Declan Rice goal.

It was the 19-year-old’s first Premier League goal and it earned his side a fine win and dented Arsenal’s top-four ambitions.

Read Also: ‘He’ll be a big loss for the world of tennis’ – Nadal on Murray retirement

Arsenal thought they had equalised in the closing minutes when a great header from Laurent Koscielny zapped into the far corner.

But Sead Kolasinac was well-offside when he delivered the cross, and the goal was disallowed.

West Ham held on to the lead and inflicted Arsenal with their first goalless game in the league since the opening day of the season.

The Hammers climb to 8th in the league table, while Arsenal remain 5th, 3 points behind Chelsea who face Newcastle later on Saturday.