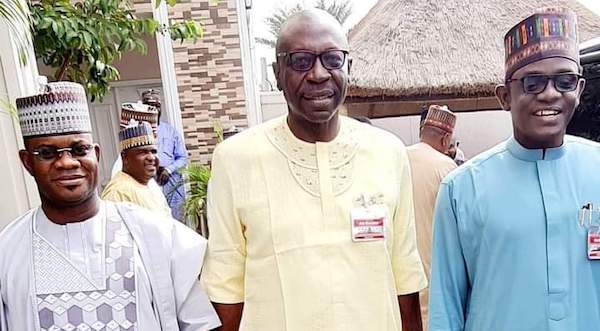 The Chairman of the All Progressives Congress (APC) Caretaker Committee, Mai Mala Buni, on Wednesday held a closed-door meeting with the party’s governorship candidate in Edo State, Pastor Osagie Ize-Iyamu, in Abuja.

The meeting was also attended by the Kogi State governor, Yahaya Bello.

Although details of the meeting held at Buni’s private residence in Abuja have not been made public, it may not be unconnected with the outcome of last Saturday’s governorship election in Edo State.

The Edo State governor, Godwin Obaseki, was re-elected for another term of four years after he defeated Ize-Iyamu and other candidates in the election.

The APC had since congratulated the Edo governor on his re-election.

In a statement issued on Monday, Buni, who is also the governor of Yobe State, described the conduct of the election and its outcome as a victory for the country’s democracy.