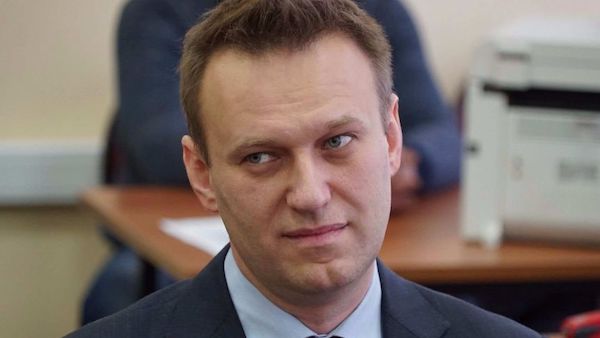 Alexey Navalny, Russia’s President Vladimir Putin’s staunchest critic who has been battling ill health while in jail has finally been moved from a penal colony to a regional hospital for prisoners east of Moscow as concerns grow over his health.

Russia‘s Federal Penitentiary Service (FSIN) said in a statement Tuesday that the opposition leader had been moved to the hospital, which specializes in “dynamic” observation of patients.

The hospital is located on the “territory” of another penal colony in the Vladimir region.

The statement said that Navalny was in “satisfactory” condition and is being examined by a doctor every day.

With Navalny’s consent, he has been prescribed “vitamin therapy,” the penitentiary service added.

Navalny has been on hunger strike since March 31, demanding “proper medical care” and to be examined by an independent doctor, something his team claims he has been unable to get in the penal colony in Pokrov.

Navalny’s supporters have continued to call for his release as his medical condition is rapidly deteriorating.

His press secretary said over the weekend that Navalny was “dying” and his doctors said medical tests showed he was at growing risk of renal failure and heart problems.

Ivan Zhdanov, the director of Navalny’s Anti-Corruption Foundation (FBK), said the transfer of the critic “is a transfer to the same torture colony, only this is where seriously ill patients are transferred.

“This should be understood as the fact that Navalny’s condition has worsened. And it worsened so much that even the torturer admits it,” Zhdanov said in a tweet.

The move comes as international concern around Navalny’s health builds, with some countries condemning Russian authorities.

“We have communicated to the Russian government that what happens to Mr. Navalny in their custody is their responsibility and they will be held accountable by the international community,” Sullivan said.

“In terms of the specific measures that we would take, we are looking at a variety of different costs that we would impose and I’m not going to telegraph that publicly at this point.

“But we have communicated that there will be consequences if Mr. Navalny dies,” he added.