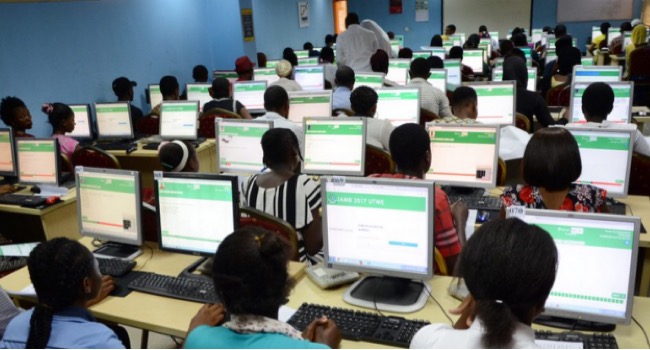 The Joint Admission and Matriculation Board has reacted to claims that some hijab wearing students were not allowed into the examination hall by invigilators and supervisors.

It was learnt that a daughter of a former broadcaster, Suleiman Adele was among several hijab wearing students who were not allowed into a center in Lagos on Thursday.

JAMB in a statement on its Twitter handle, said: ”The attention of the Board was drawn to a story making rounds on social media about an incident concerning a candidate that was allegedly asked to remove her hijab before entering the examination hall.

”The Board would like to state clearly that our rule does not prevent female candidates from wearing hijab or other dresses that defines their faith.
”We would continue to ensure that people exercise their freedom of religion even with the conduct of our examination so far it doesn’t compromise the sanctity of our examination.

”However, at every centre 2 security operatives (one male and one female) are on ground to screen candidates with dignity and respect. All officials were duly briefed on how to.

”This incident must have been the result of an over zealous security agent (if at all it happened) and not aimed at disrespecting the candidate’s religion”, the board claimed.