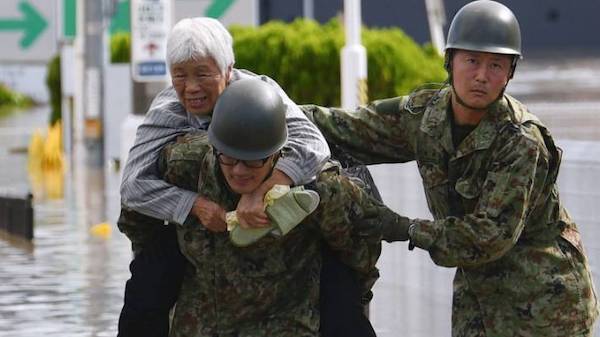 The death toll arising from the deadly typhoon Hagibis which caused a land fall in Tokyo, Japan earlier today has risen from 18 to 33 victims.

The devastating effect of the typhoon said to be one of the worst to have hit the country has forced authorities to deploy tens of thousands of troops and rescue workers to save stranded residents, and fight floods caused by the natural disaster.

Typhoon Hagibis – which means “speed” in the Philippine language, Tagalog – was the most powerful typhoon to hit Japan in six decades.

“It paralysed the capital, Tokyo, and surrounding areas, causing rivers to overflow and leaving almost half a million homes without power,” public broadcaster NHK reported on Sunday.

The devastating effect of the typhoon has forced Prime Minister, Shinzo Abe to convene an emergency meeting of relevant ministers, and dispatched the minister in charge of disaster management to the worst-hit areas.

‘You will only govern Sambisa Forest’ beyond 2023, Afenifere replies northern elders