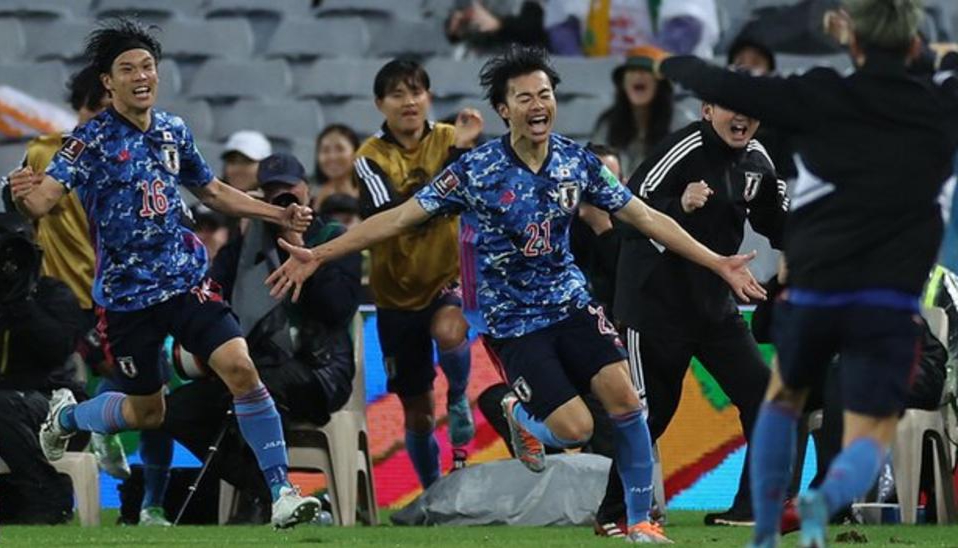 Japan have qualified for the 2022 FIFA World Cup after securing a dramatic victory over Australia on Thursday evening.

Victory by the Japanese did not onlh book their place at the mundial in Qatar, but also confirmed Saudi Arabia’s qualification for the tournament.

Two late goals from substitute Kaoru Mitoma in Thursday’s game in Sydney sealed Japan’s place in Qatar with a game to spare in the qualifying series.

Japan sit atop Group B of Asian qualifying, above Saudi Arabia who are four points clear of third-placed Australia.

It is not yet over for Australia though, they now face a play-off campaign to reach a fifth successive World Cup.

The Socceroos next face Saudi Arabia in Jeddah in what is now a dead rubber game on Tuesday, before going on to face the country that finishes third in Group A in a play-off game on 7 June.

With two group games to go, the United Arab Emirates (UAE) are third in that group, three points ahead of Lebanon, while Iraq are a further point adrift.

The winner of that tie goes on to a play-off against the fifth-placed team from South America.

Related Topics:AustraliaJapanWorld Cup
Up Next