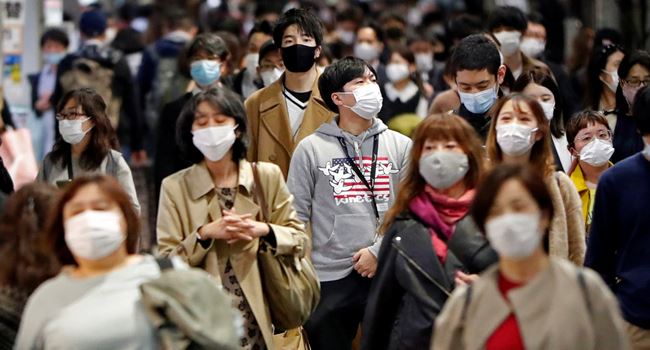 A senior official in Japan’s Prime Minister Yoshihide Suga’s government said on Sunday the Asian country’s daily tally of confirmed COVID-19 cases has hit a record for the fourth day running, while the government is considering re-imposing limits on sports and other large events to curb the surge.

The Japanese Health Ministry reported 2,508 cases on Sunday, the second time the daily tally topped 2,500, according to Al Jazeera.

The report indicates that in the Japanese capital, Tokyo, the daily infection rate was an all-time high of 539 cases.

Japan has had fewer than 2,000 COVID-19-related deaths so far, avoiding the toll of harder-hit nations but fears are growing of another surge and local media said hospital capacity is being tested in the hardest-hit areas as a growing number of severely ill patients occupy a dwindling number of available beds.

Yasutoshi Nishimura, the Economy Minister, told public broadcaster NHK, that the government was mulling re-imposing attendance limits on large gatherings in areas of the country seeing a sharp increase in cases.

He said the government was also considering how to refund customers who booked trips via a domestic tourism campaign that was partially suspended on Saturday.